Why Everyone Should Try Cruising Once

Many young groups of friends and couples are being drawn into the concept of cruising by the idea of seeing lots of different places in a short space of time that would otherwise not be possible (or would be too exhausting!). In the modern world where holiday time is precious yet people still want to travel as much as possible, this is a perfect compromise. 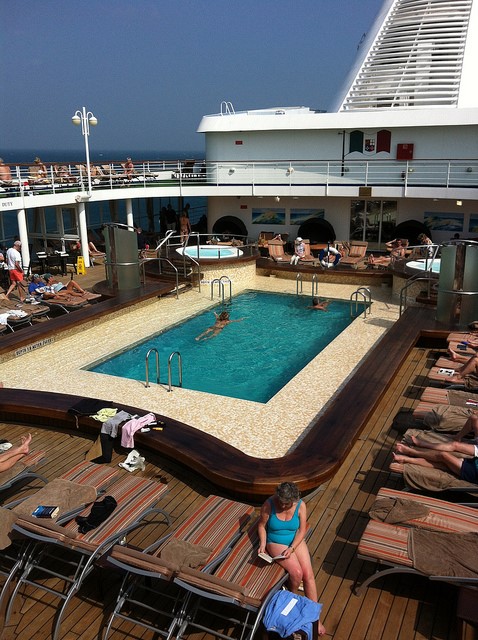 If you’re a family with children then there are definitely some features on the modern cruise ships that will keep you and your little ones entertained. There’s children’s clubs filled with games, toys and organised crafts and events, meet ups for too-cool-for-school teenagers, swimming pools, rock climbing walls, ice rinks, zip lines and cinemas to name but a few. There’s also babysitting services on some ships which means mum and dad can enjoy some quality time together safe in the knowledge that their kids are being well looked after by qualified individuals.

Cruises are also a good way of meeting new people and travelling safely if you’re travelling alone. People on cruises tend to be very friendly as everyone is literally in the same boat (pun most definitely intended!) and there are daily activities and meet ups for solo passengers on the majority of cruise lines. Cruising makes travelling solo a lot less intimidating and could be perfect if you want the freedom of travelling solo but would also like to meet other people and take part in group activities.

I believe that if people stopped being so dismissive about cruising and gave it a try, many might find they actually like it. There are short cruises, weekend cruises and taster cruises that can give you a flavour of cruising as a holiday and give you just enough time to decide if it’s for you or not. If not, no harm done but why not try it and you might be surprised to find you’ve got your sea legs after all!