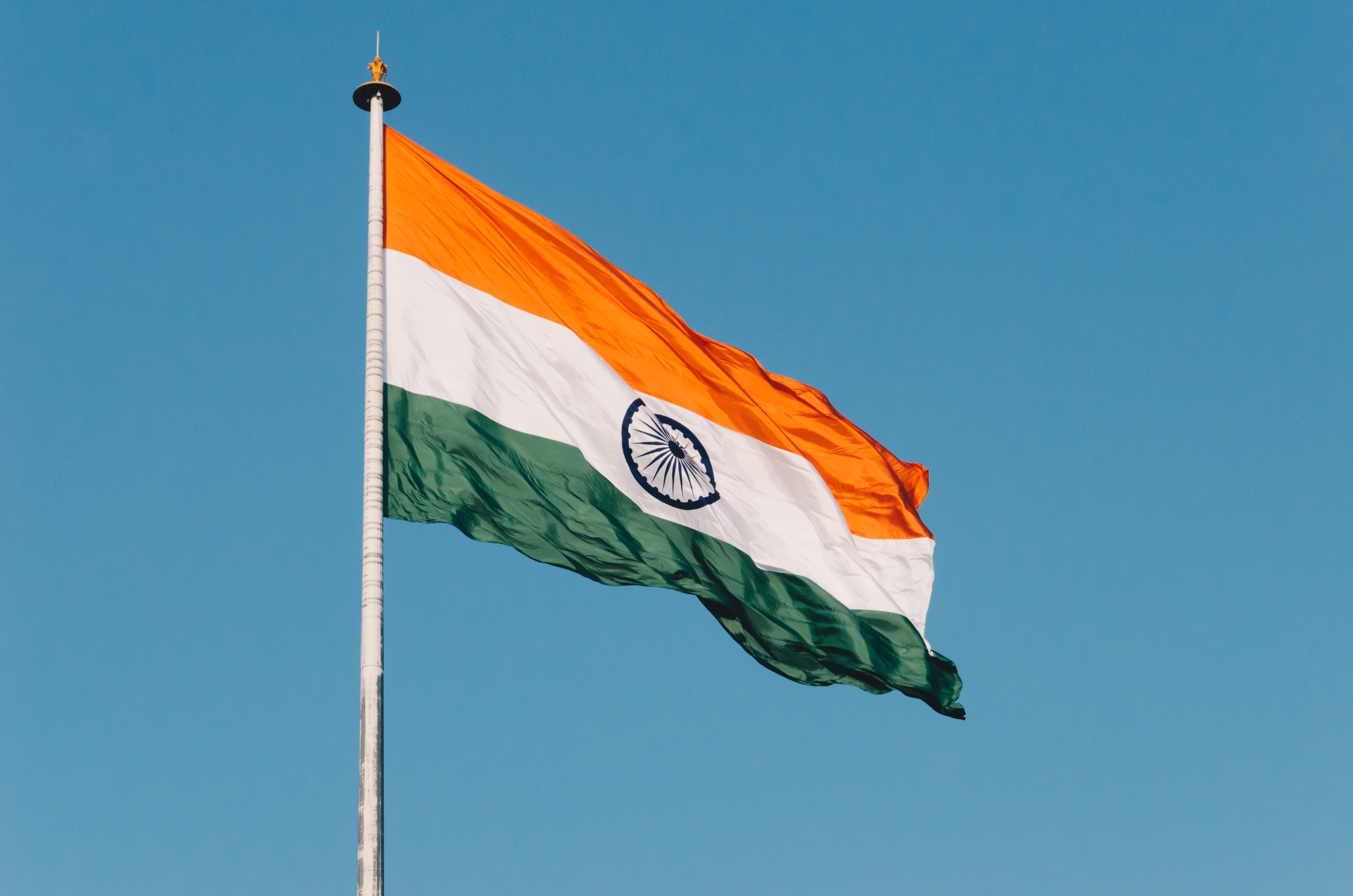 India is definitely one of the weirdest places I’ve ever been. It’s a place that is so crazy, chaotic, colourful and disorganised that I’ll never ever forget my visit there.

The amount of animals I saw in my two weeks in the country was absolutely extraordinary.

I saw cows (thousands of them!), elephants, monkeys, camels, cats, dogs, snakes, goats and more. With the amount of animals I saw you’d think I’d been on safari!!

Cows can be found absolutely everywhere. They happily roam the streets of most cities and towns and it’s considered to be entirely normal. This one made me laugh as it looked like he was about to go in the shop and ask to buy something! 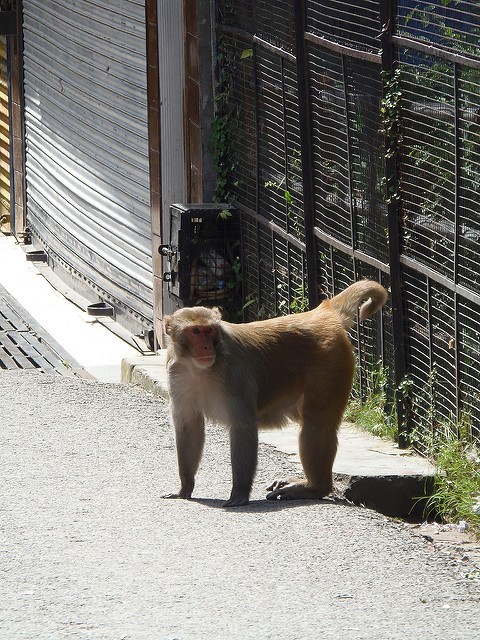 Monkeys are common in India, especially in the mountainous region in the north. I couldn’t believe how many monkeys were in the city of Shimla, at the foothills of the Himalayas. The monkeys run wild all over town and if you’re caught with food they’ll definitely try and steal it from you.

You don’t really expect to see camels in the heart of a city with a population of just under ten million people, but that’s exactly what I saw in Old Delhi. It’s really strange to see animals like this in the centre of a city! 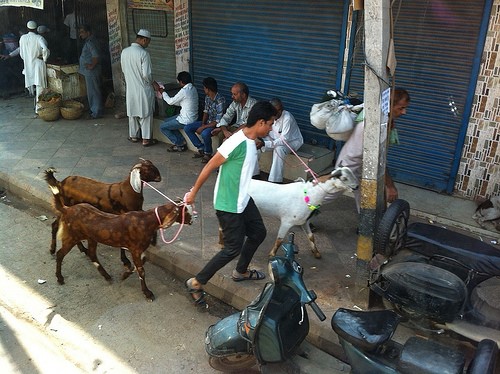 Goats with colourful, beaded necklaces on being led through the streets of Delhi? Nobody batted an eyelid at this, something I considered to be very strange indeed!

The chaos of India is something I’ll certainly never forget. This photo of a normal street in Old Delhi shows the mish-mash of electrical cables that trail across the city. It’s a wonder nobody gets electrocuted and I’m pretty sure the health and safety folks who seem to be spoiling everyone’s fun in western countries these days would have heart attacks if they saw it. 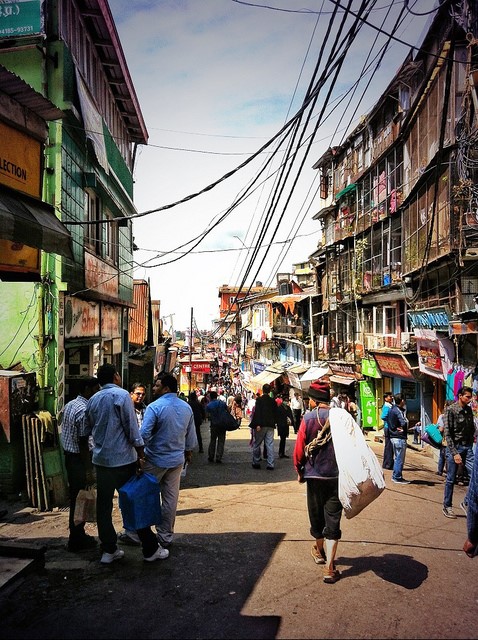 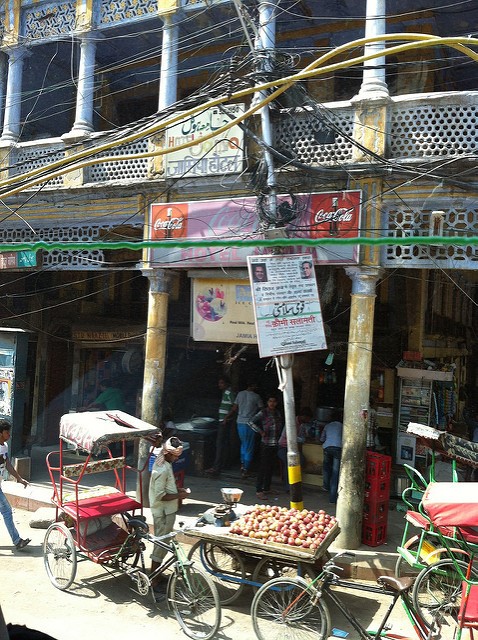 One thing I adored about this massive and diverse country was how colourful it is. I loved the vibrancy of the women’s saris (so much so that I bought one for myself!) and I couldn’t get over the fact that the majority of the trucks and buses are all decorated.

It seemed as though the truck and bus drivers were all competing against each other to have the most opulently decorated vehicle as I travelled throughout the north of the country, following the Golden Triangle route. They use paint, stickers, add flowers, drape fabrics out windows and trail things off the back of their trucks.

I think we should introduce this in the UK and brighten up those boring old trucks and lorries we see out on the roads!

The bright colours of some of the architecture in India was another thing I absolutely loved. This door inside the city palace of Jaipur, India’s so-called Pink City, was probably my favourite piece of architecture from my whole trip.

I adore the sheer detail of it and although it’s hard to see in the photograph, that door is rich, shiny gold. The arch above the door is said to be painted to look like a peacocks feathers and I think it really does!

Have you been to India? What weird and wonderful things did you find there?