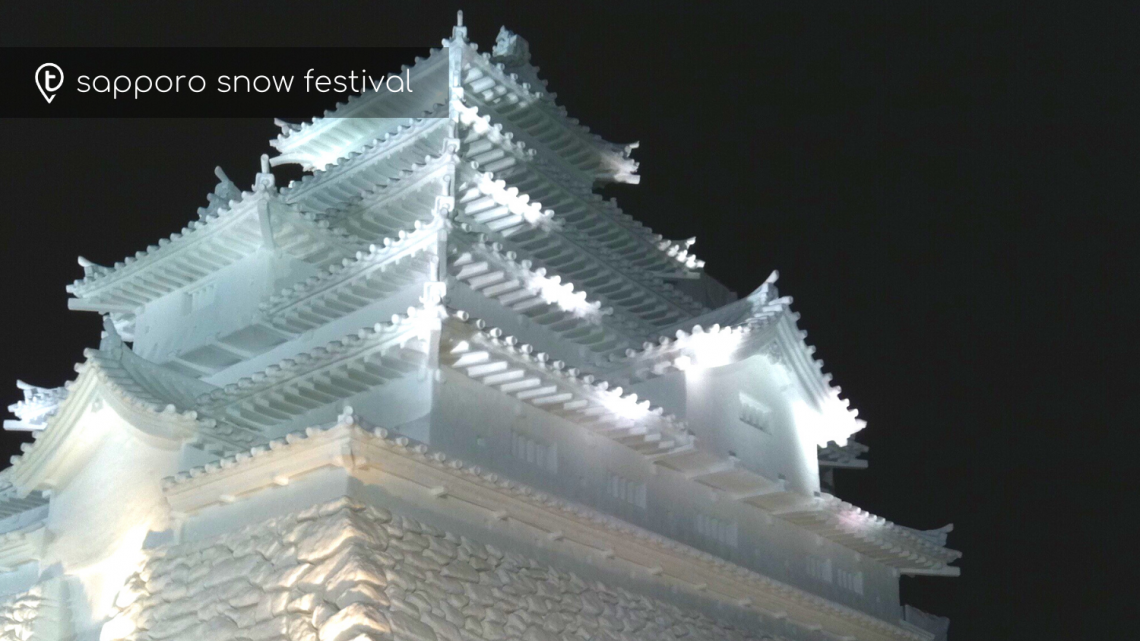 Sapporo is a beautiful city on Hokkaido in Japan that also happens to be one of the very few cities in the world with snowfall as large as 68 inches in a month! As a result, we have the Sapporo Snow Festival! The festival began in the 1950s as school students built some snow statues and the tradition continues 70 years later as a commercialised event that attracts over 2 million visitors from all over the world! Are you tempted to be one of them?

In 2020 the festival takes place from the 3rd to the 11th of February making for a week of ice-cold fun! In the snowy city of Sapporo, you’ll find events spread out all over the place but the three specific sites being in the Odori Site, Susukino Site and Tsu Dome Site.

If you visit Sapporo Snow Festival you’re going to see some impressive snow sculptures reaching heights of 15m! The sculptures are lit up daily up until 10pm and believe me you could spend all day in awe of them! There are usually around about 10-12 big sculptures but hundreds of smaller ones to check out as well as concerts that use sculptures as stages!

To fill you up after a long day of sightseeing eat some crab! Crab and beer is the classic winter combo in Sapporo and you can drink your beer hot or cold.

There are hot springs outside of Sapporo in Onsen that will soothe your soul and muscles while surrounded by some beautiful Japanese countryside.

How to get there?

Japan isn’t close by but if you are planning on going take a look in advance at websites like Skyscanner or Cheapflights to bag a bargain. It’s not as expensive as you might think so if you feel like an upgrade British Airways and Japan Airlines are good options. If you’re travelling internally you’ll arrive in Okadama Airport but if you’re travelling from afar the international airport in Chitose is the closest at 30 miles away but it’s very well connected with rapid trains only taking 40 minutes! In the city itself, there are a number of trusty modes of transport that will take you about no bother!

Remember your hats and gloves, this isn’t a summer holiday!