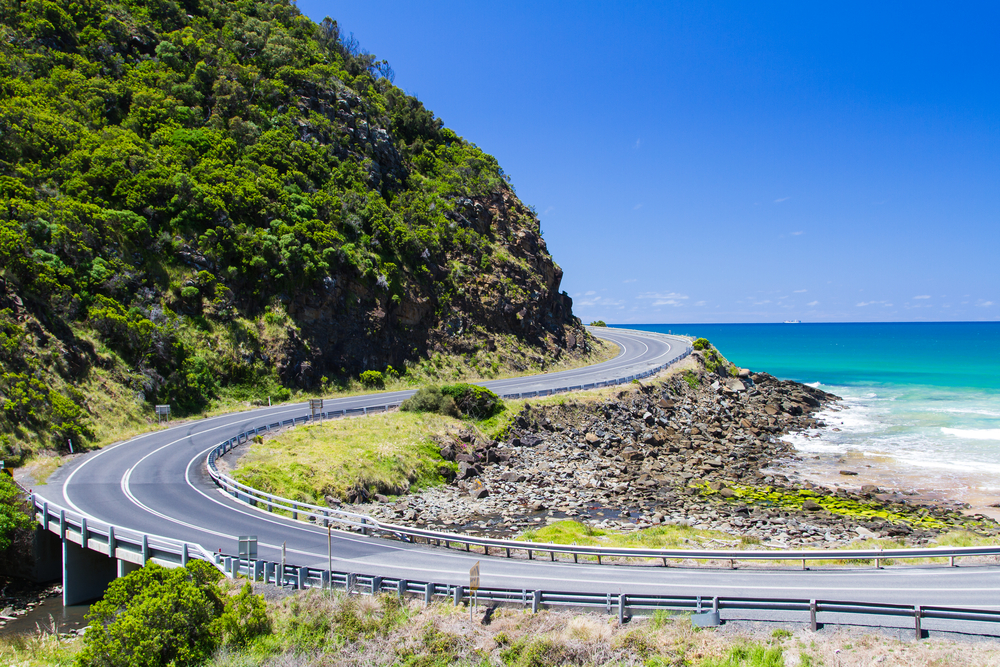 Almost everyone who knew I was going to Melbourne vehemently insisted I visit The Great Ocean Road, and by the time the 20th person had recommended it to me I knew it had to be something special.

I booked my tour with Wildlife Tours, simply because a friend had been with them before and recommended them. Our tour was on a small bus which held 24 people, and we only had 19 in our group. This was definitely better than being on a large coach full of 50 something people. Smaller groups are always easier and more fun.

Our first stop of the day was the world-famous surf beach, Bells Beach. Home of the Rip Curl Pro, Bells Beach attracts surfers from all around the world and, despite it being autumn; there were a bunch of surfers enjoying the waves when we visited.

From there we stopped at another few lovely places along the coast to enjoy the views and stretch our legs. We then headed to the town of Geelong, where the Great Ocean Road begins. The road was built after the war by ex- soldiers, and many lost their lives due to the dangers of attempting to construct on the steep and undulating terrain.

One highlight of the day, for me, was getting to see wild koalas! I’ve loved koalas ever since I had a stuffed cuddly one when I was little, so seeing them for real was pretty awesome. Considering that they sleep for around 20 hours of the day, because the eucalyptus leaves that they eat give them a natural high, we were lucky enough to see some eating and moving around. Another of my favourite parts of the day was being able to explore part of the Ottaway’s Rainforest, which was full of some fascinating floras and faunas. It actually rained a bit while we were in the rainforest, but the tree canopy was so thick that we didn’t feel a drop!

The absolute highlight of the day was seeing the eroding rock formations that are known as the Twelve Apostles. Of the twelve, only eight remain visible, as constant erosion by the waves means they are always being worn down. As a bit of a closet geography nerd, I found this all pretty fascinating.

Two Of The Twelve Apostles

After visiting the Twelve Apostles, our awesome tour guide took us to check out an absolutely stunning beach. Myself and the girls from Brisbane that I befriended headed straight for the sand, took our shoes off and wandered around taking in the unmistakable beauty of the scenery. The erosion of the rocks was clear to see all around us and some interesting patterns had been created in the rocks.

My day exploring The Great Ocean Road was definitely one of the highlights of my whole trip to Australia. If I’m ever back there then I’d love to hire a car (convertible, obviously!) and spend a few days, driving the roads and stopping in different little towns along the way. If you find yourself nearby, then you definitely should do the same. It’s not called The Great Ocean Road for nothing!