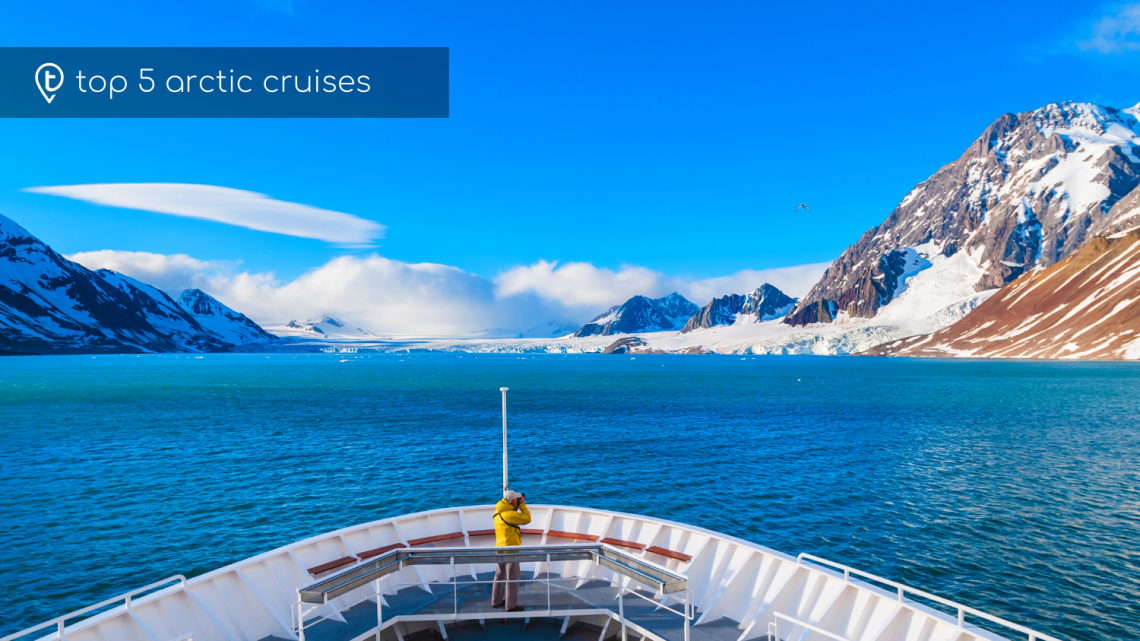 The Arctic is an intriguing and challenging place to find yourself, and you won’t get there without stepping on a boat first. So make a holiday of it and cruise through the Arctic Ocean from Norway to Greenland to Canada. See some fjords, glaciers, icebergs and if you’re lucky maybe some wildlife! Here are the top 5 destinations to visit.

Svalbard is one of the most remote places you can visit and has a very mysterious atmosphere. Less than 2000 people live on the archipelago and it is one of the northernmost inhabited areas in the world. During the summer, like many places in the Arctic, there is 24-hour daylight and during the winter, darkness can last for days. This leaves the opportunity to see the Northern Lights though so keep an eye out. Cruise to Svalbard to learn about the ecosystems and maybe see a polar bear or reindeer on your way!

The northern Canadian coast, known as ‘The Far North’ covers 39% of Canada’s land but similar to Svalbard is very remote and only 1% of the population reside there. Cruise through the Arctic Archipelago north of mainland Canada to see plenty of spectacular icebergs and continue down to Newfoundland and Labrador if you aren’t ready to say goodbye yet. You might even catch a glimpse of Greenland on your way.

As the world’s largest island, Greenland has an abundance of coast for you to take a cruise trip round. Most of the Arctic is pretty remote but Greenland is the most sparsely populated place in the world so you won’t catch yourself bumping into many people! After admiring it from afar, visiting the capital city of Nuuk will show you what a real winter wonderland looks like. Go diving, biking or hiking if you get the chance!

The single best way to see the Norwegian Fjords is on the fjords themselves. Out of the 1000 fjords in Norway 10 are regularly visited by cruises and they are STUNNING! Although on its way to the Arctic, fjords are beautiful in the winter with glaciers at their mouths or during the summer where you can see how clear and blue the water is. Go any day at any time and you’ll be impressed by these natural wonders!

WHERE TO FIND THE CRUISES…