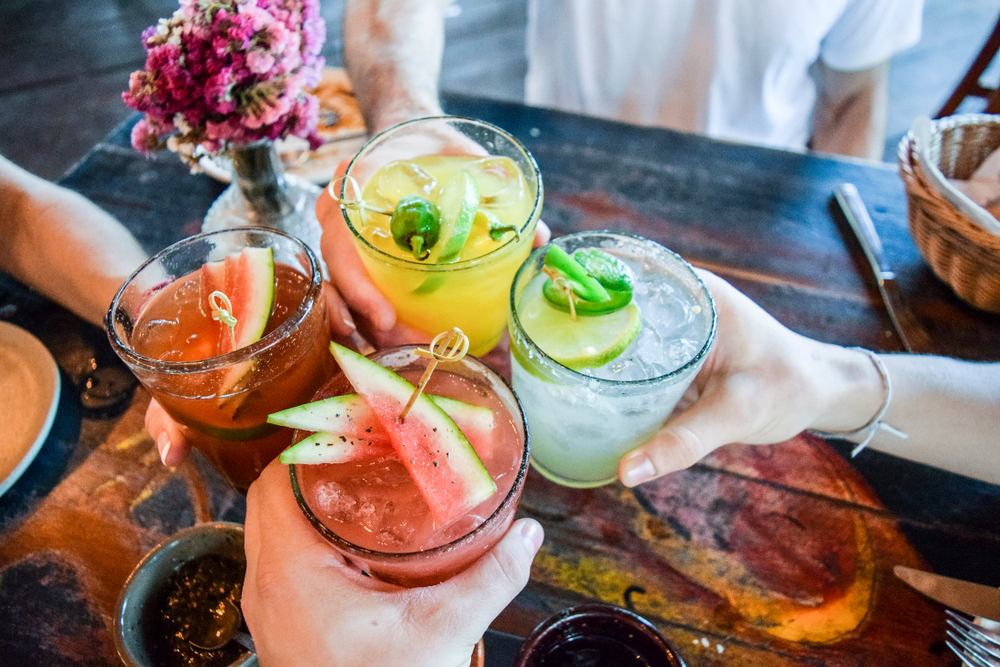 Drinks from Around the World

When you’re travelling it’s totally normal to want to immerse yourself in the colours, sounds, sights and flavours of the places you’re visiting. I do this by eating local foods, hanging out in places that locals spend time in and also like to sample the local tipple. What better way to get a taste of a country than to try their local or national drink?!

Obviously I had to include whiskey here as it’s the beloved drink of my home country of Scotland. This distilled drink made from fermented grain mash is loved the world over and is one of Scotland’s biggest exports around the world. It contributes over four BILLION pounds to the economy of the UK and if that’s not an indication of how good it is then I don’t know what is!

Oh and if you indulge in too much whiskey during your time in Scotland then seek out some Irn Bru the next day to take care of your hangover!

The Caipirinha is Brazil’s national cocktail and contains cachaça, a form of sugar cane liquor, sugar and lime. It’s a wonderful refreshing drink, especially on a hot day, but it’s pretty much just pure alcohol so it’s another one that’s definitely best enjoyed in small quantities.

Grappa is a strong, fragrant alcoholic drink that originated in Italy. Grappa is usually a clear liquid and is served in shot glasses and is often served after meals to aid digestion. It’s a strong one with anything between 35% and 60% alcohol so perhaps it’s best to stick to just one!

Sake is Japan’s popular alcoholic drink made from fermented rice. It can be served chilled, at room temperature or even heated and it is generally taken straight from a special sake glass.

Ireland’s most popular drink is Guinness, a dry stout which originates from Dublin and is now available in over 100 countries. Guinness has a thick, creamy head when poured thanks to the addition of nitrogen in the pouring process and apparently it takes exactly 125.27 seconds to pour the perfect pint of the dark stuff.

I couldn’t write a post about drinks from around the world without including Russia’s most popular drink (and my favourite!), vodka! Traditionally prepared vodka has an alcohol percentage of 40% although it now comes in different flavours which have different alcohol percentages.

In the hardcore eastern European countries they drink vodka straight but I much prefer mine with lemonade or cranberry juice!

Mojito’s are a traditional Cuban highball cocktail and are becoming more and more popular around the world. It consists of white rum, sugar, lime juice, sparkling water and a lot of mint which makes it incredibly refreshing. Compared to some of the other drinks I’ve listed here, it has a relatively low alcohol content at only around 10%.

These are my favourite drinks from around the world, what are yours?