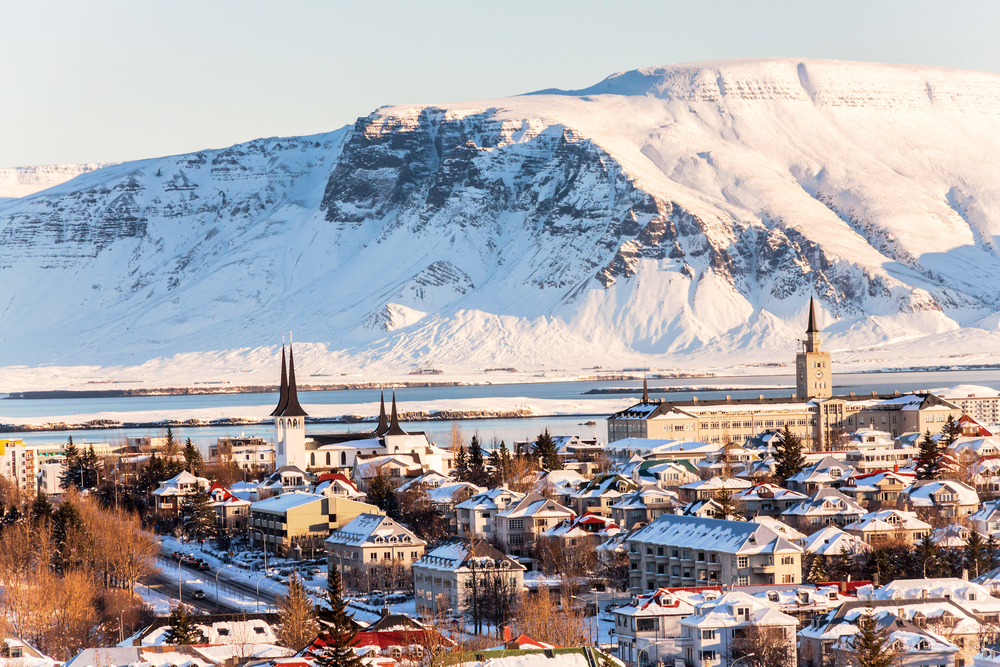 The Adorable Capital Of Iceland

Reykjavic is the delightful capital of Iceland and the largest city on the island with a population of around 120,000. That’s a pretty small number of people for a capital city but this actually accounts for more than a third of the entire population of Iceland!

Despite being such a small capital city, Reykjavic has plenty of things to see and do on a trip to Iceland.

There is a surprising amount of beautiful and striking street art in Reykjavic and it definitely wasn’t something I expected to see a lot of. I associate street art with large cities like Berlin and London and didn’t really think that the small capital of Iceland would be brimming with funky street art. My mistake!

One of the most visited sites in Reykjavic is the Hallgrímskirkja, a Lutheran church which dominates the skyline of the city. A friendly local told us that as long as we could see the Hallgrímskirkja we would always have our bearings in the city. In truth, I think the city is too small to ever get lost in but if your sense of direction is really that bad then the towering figure of the church will always be there to guide you.

Hallgrímskirkja is the largest church in Iceland and is the sixth tallest architectural structure in the country. It was named after the Icelandic poet and clergyman Hallgrímur Pétursson and was commissioned in 1937. He is said to have designed it to resemble the basalt lava flows of Iceland’s landscape. It took an incredible 38 years to complete the building and today many tourists take the trip (by elevator) to the top of the church to enjoy incredible views over the city.

If you fancy sampling some traditional Icelandic food then there are plenty of places to do this in Reykjavic. Be warned though, they eat some pretty weird stuff in Iceland. Whale? Shark? Puffin? Sheeps head? These dishes can all be found in abundance all over the city centre. Would you be brave enough to try any of these dishes?!

Don’t worry too much though, there’s plenty of other choices of restaurants which don’t specialise in traditional Icelandic fayre. Phew!

Harpa is an ultra modern concert hall and conference centre which dominates part of the sea front in the city. The architecture consists of a striking steel framework with geometric shaped glass panels which change colour throughout the day and night. Harpa is open to visitors year round.

There are also some adorable independent boutique style shops in the city that I loved browsing around. Check out the traditional Icelandic knits, crafts and other lovely bits and bobs. Pick up some Icelandic moss tea too if you dare – it’s meant to be very good for you!