Iceland Pictures to Blow You Away

I visited Iceland for the first time ever last month and completely fell in love with this wonderful little country.

The landscape of Iceland is breathtaking. We arrived late at night and there was a large snowfall overnight so by the time we woke up in the morning ready to explore everything was covered in snow! Seeing the rocky volcanic landscape covered in brilliant white snow was amazing and there was something rather otherworldly about it. 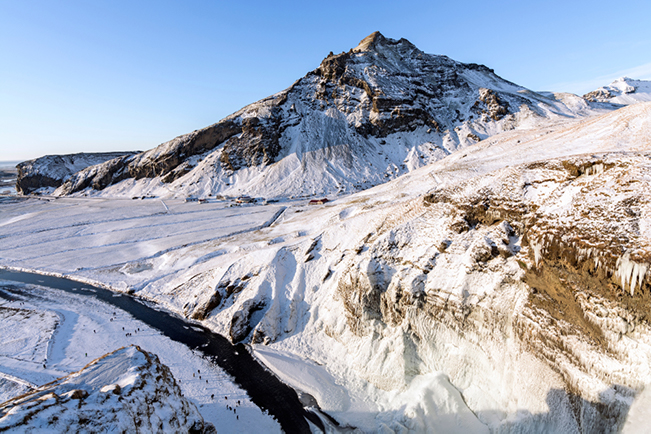 We visited one of Iceland’s most famous and well-known attractions, The Blue Lagoon, whilst the snow was falling all around us. It was rather surreal to be soaking in toasty warm geothermal waters with large chunks of snow dropping down on top of you and a freezing cold wind blowing into your face.

The ‘blueness’ of The Blue Lagoon really stood again against the backdrop of the grey, cloudy skies and large white drops of snow! 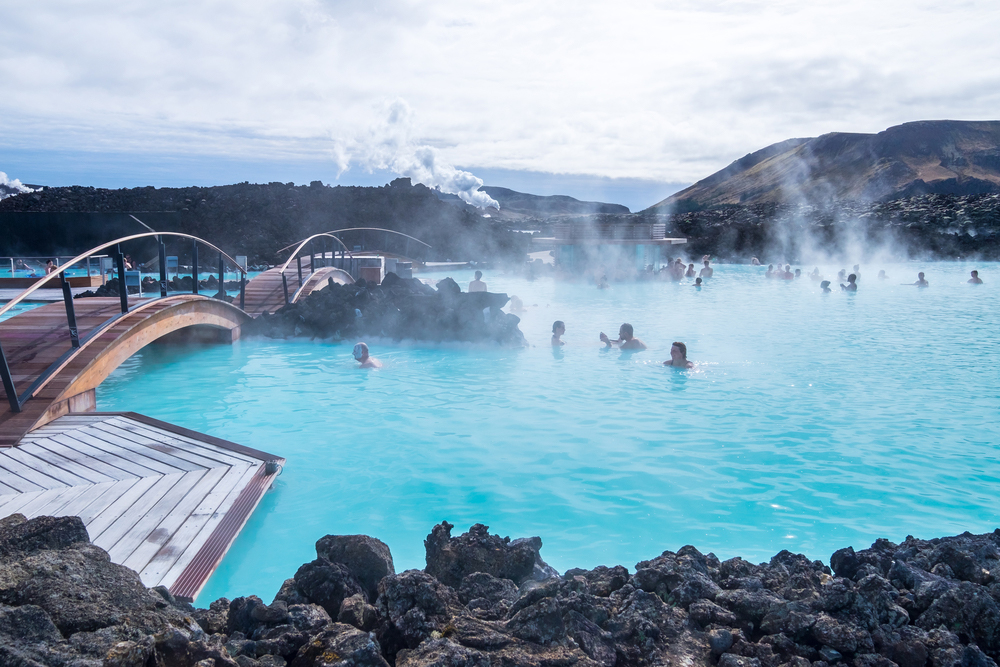 One of the highlights of my trip to Iceland was definitely going on a Golden Circle Tour to see some of the most famous natural volcanic attractions near the capital city of Reykjavic.

The best part of the tour was getting to visit Gullfoss Waterfall, where Hvítá River rushes downstream and flows over three steps that look almost like part of a staircase, before splitting in two and then plunging into a deep crevice. It is an incredible site to see and it was even more fascinating to see much of the water freezing before our eyes as it flowed downstream!

Another highlight of the Golden Circle Tour was Thingvellir (or Þingvellir in Icelandic) National Park. Thingvellir stands at the the site of a rift valley which is where the Mid-Atlantic Ridge, a divergent tectonic plate, moves apart at a rate of about 2.5 cm per year. You can see the movement of the tectonic plates in the photograph below.

The waters of the lake inside Thingvellir are incredibly clear and it is becoming an increasingly popular spot for divers due to this. Image what an experience it would be to dive between tectonic plates!

The views from some of the higher points within the national park are phenomenal and I could have stayed there for hours as the light changed and the clouds rushed overhead giving the landscape an ever-changing look.

One of the other standout experiences that I had in Iceland was going quad biking on the hills above the city of Reykjavic. Not only was whizzing around on the quad bikes, through snow, over ice and up giant hills amazingly fun, the views from the point we reached were fantastic.

My first visit to Iceland was everything I had imagined it to be plus much more and it certainly won’t be my last trip there. I’d love to return in summer to see the differences in the landscape when all the snow has melted and it becomes surprisingly green and lush.