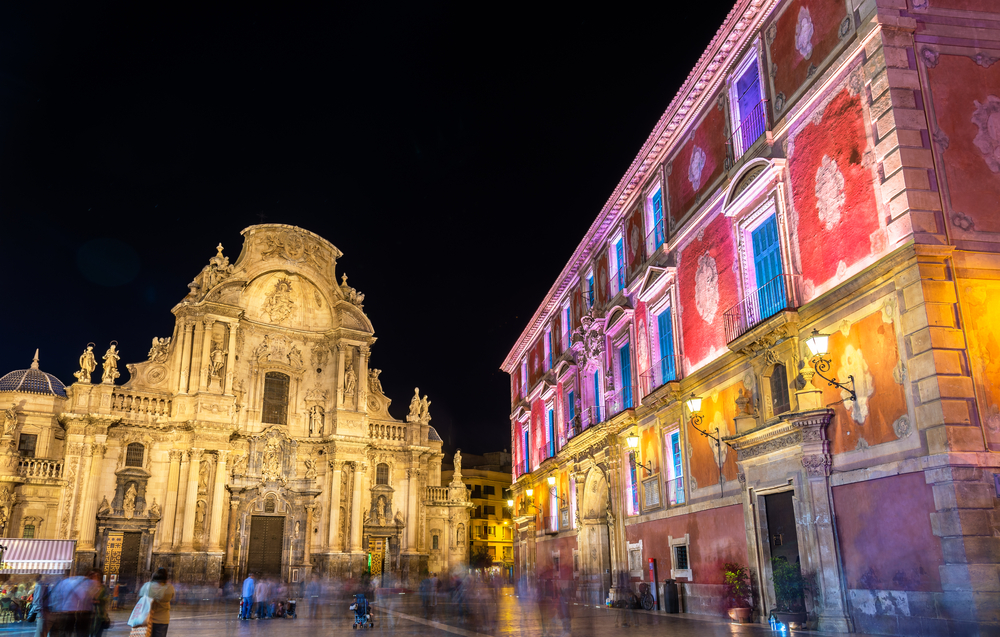 Why I Travelled to Murcia & Lived Like a Local for a Week!

I travelled to the city of Murcia in the south east of Spain for a week to visit one of my best friends who is there for a year studying at the Universidad de Murcia.

After arriving into Alicante airport we travelled (buses run straight to Murcia bus station for around 5euros) to the Silken Siete Coronas hotel in the centre of the city of Murcia. It is situated on the edge of the river which is just a few minutes walk from the Plaza de Toros and my friend’s flat. The hotel was very clean, tidy and well furnished. It was also quiet at night and offered free wifi which is a must for many travellers I know!

The first thing we did after arriving was, of course, head out for tapas! There are so many amazing and highly inexpensive tapas restaurants in the city of Murcia and a visit would not be complete without sampling some of the best local tapas dishes. One of my favourite dishes was Zarangollo, a traditional Murcian dish of eggs, zucchini and onions and garlic and I would highly recommend everyone to try it. Some of the restaurants we enjoyed were; La Tapa Murciana and La Sidrería Escondida.

The prices of meals in Murcia are so cheap because it is not a typical tourist area and they also do not expect tips which I found very strange. A typical tapas meal in a local restaurant including drinks (Tinto de Verano being a particular favourite of mine!) will normally be around 10 euros per person!

On our first night in Murcia we went to a restaurant called La Sidrería Escondida which serves Asturian cider from the north of Spain in strange contraptions as seen below! Definitely an experience!

One of the must see places in Murcia is the Santa Maria Cathedral, an imposing, Baroque style building which was completed in 1751. It features many Renaissance, Gothic and Baroque elements although the interior is mainly Gothic.

Another nice place we travelled to whilst there was the Palacio Episcopal, an 18th Century building with a beautiful inner courtyard which is on the same square as the main entrance to the Cathedral.

Murcia is also within a good distance of the beaches of the Costa Calida and the Mar Menor, or the small sea. Buses run from the main bus station and take about 50 minutes.

The Nueva Condomina (a large shopping centre and the location of the new Real Murcia football stadium) is easily reached by tram from the centre of the city. The tram system is very clean, efficient and reasonably priced and is a great way to explore outside of the city. If you are looking for somewhere to have lunch whilst at the Nueva Condomina I highly recommend Cerveceria 100 Montaditos which can be found inside the shopping centre itself. Montaditos are literally small sandwiches and the sheer range of choices here makes it an experience in itself.

Murcia is a great city to visit if you want to be immersed in the Spanish language and improve your skills. Very few people speak English and if they do it is usually only a few words so you are forced to attempt to speak Spanish.

I highly recommend this region of Spain, it is purported to be one of the sunniest areas in the country which is never a bad thing and there are so many great places that can be reached within a relatively short distance.