Welcome The Year of the Monkey

February 8 2016 sees the start of a new year for our Chinese communities and we want to share the fun and excitement of this special date in the calendar. Let us show you where you can join in the lavish celebrations.

As you would expect from such a vibrant and fascinating culture, the New Year party is steeped in tradition and folklore. Fireworks play a huge part in the spectacle and dazzling displays are launched all over the world, welcoming in the New Year but also thought to drive away evil spirits. It also believed that the person launching the first firework of the New Year would be blessed with good luck. Homes are cleaned from top to bottom, signifying the removal of the old and welcoming the new. Houses are adorned with red decorations, lanterns and door gods. Chinese families celebrate New Year in much the same way as many other countries, with a special dinner and then staying up most of the night. The traditions of Shou Shi stem from an ancient tradition. According to legend and folklore, there was a mythical beast named ‘the year’. ‘Year’ was expected to come out and harm people and their property but apparently, this ‘beast’ is afraid of the colour red and loud sounds, hence the decorations and fireworks. 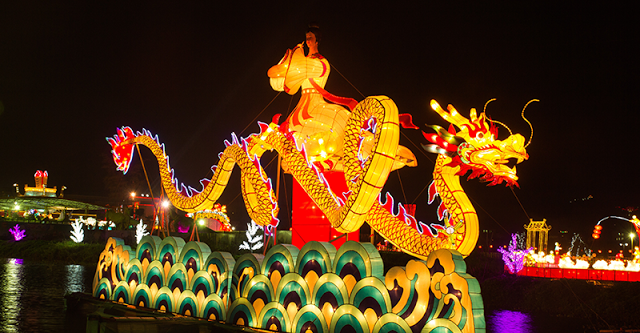 Where to join in the fun…

This year, Glasgow will be holding its first Chinese New Year Celebration in the city. On February 7, George Square will be transformed into a spectacular riot of colour. Among the attractions will be dancing dragons, martial arts displays and pop up street stalls featuring delicious food from some of Glasgow’s best known Chinese restaurants.

Hailed as the biggest Chinese New year party outside of Asia, London will be living up to this reputation as Chinatown and Trafalgar Square will burst into life on February 14 and is sure to be the place to be for seeing in Year of The Monkey.

Manchester will also be hosting four days of celebrations across various venues in the city, Catch light shows, food markets and live music from 4-7 February.

The Big Apple knows how to throw a party so if you happen to be in New York this month, don’t miss the Chinese New Year Parade in Chinatown on 14 February. You’ll see dragon dances, vibrant floats and be able to sample sizzling vendor food.

If you’ve only ever seen highlights of this spectacular celebration on TV then why not venture out this year and see it for yourself and be sure to wish everyone a happy new year and here’s how to do it:

Wishing you great health and prosperity

And we wish you all of that, and more!

YEAR OF THE MONKEY LUCKY SIGNS