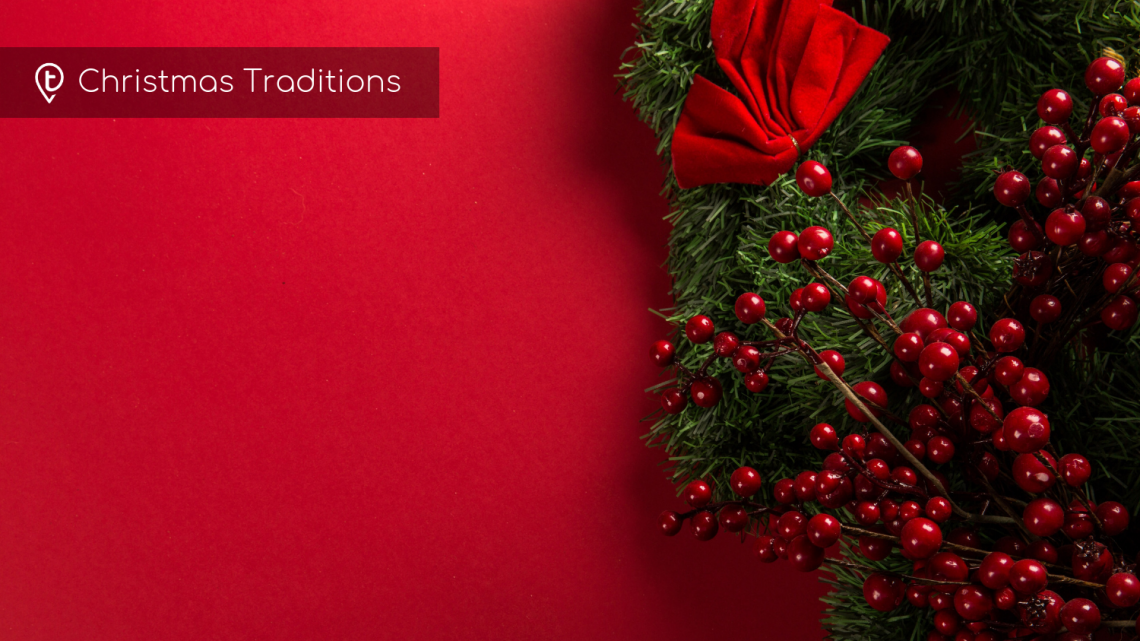 Christmas Traditions Around the World

Discover the magic of Christmas around the world

Christmas is a special holiday loved by so many people around the world. It is a time for sparkle, magic, reflection and happy times with our nearest and dearest. We exchange presents, go to parties and decorate our homes.

We can trace the origins of Christmas right back to ancient pagan traditions. It’s becoming one of the most important dates in the liturgical calendar as Christians throughout the world celebrate. There are so many amazing sights and scenes all over the world depicting the story of the Nativity. There are also lots of stories and legends from around the globe that give us many Christmas celebrations and traditions.

Take for example, Santa Claus; that jolly man that sneaks down our chimney on Christmas Eve to leave presents under our trees. There are so many variations of this mythical character but they all amount to the same thing…presents!

The big guy in the red suit can be traced back hundreds of years to a monk called Saint Nicholas and the name Santa Claus came from the Dutch version Sinter Klaas. The giving and receiving of gifts is also thought to originate from the appearance of the Three Kings who visited baby Jesus on the night of his birth. These three wise men brought gifts of Gold, Frankincense and Myrrh to the holy infant. This custom of giving presents to celebrate the birth of Jesus continues today, albeit on a much larger, more decadent (and more expensive!) scale.

Let us take you on a journey to see what happens at this time of year in some of our favourite holiday destinations.
Many nationalities get together for the most special meal of the season the night before Christmas and it’s common in some countries for gifts to be given and received on Christmas Eve (24 December), leaving Christmas Day (25 December) to be a more revered and spiritual holiday.

Italians love Christmas and in December, nativity scenes and Christmas trees are present in most towns and cities. In true Italian style, presents are usually received on Epiphany (6 January) when legend has it ‘La Befana’ – a kind of good witch leaves presents and treats for the children. Legend also tells us that the naughty ones get lumps of coal instead of toys and sweets.
Italians celebrate Christmas with traditional foods such as Panettone, a sweet cake and can be heard wishing friends and neighbours a Buon Natale.

On Christmas Eve, a traditional loaf of Christopsomo is baked, ready for eating on Christmas Day. This delicious bread is flavoured with cinnamon, oranges and cloves and the top is decorated with a symbolic cross. In Greece, gifts are also given on St Vasilis’s Day (St Basil the Great) which is observed on 1 January.

Christmas is a long drawn out celebration in Mexico, starting on 12 December right through until 6 January…that’s a lot of partying!

Children perform ‘posadas’ – processions depicting the Christmas story. Each night a different house will host a Posada party and children will enjoy playing games such as Piñata where a decorated clay or Papier Mache pot is packed with sweets and goodies and the kids will smash it with a stick until all the treats spill out. Christmas trees are becoming more popular in Mexico but the main decoration is still the ‘nacimiento’ – the nativity scene.

Yule logs are often burned in French homes over the festive season and there’s a custom that the log and candles should burn all night as well as food and drink being left out in case the Holy Family should come by during the night…a bit like leaving a carrot out for Rudolph and a mince pie for Santa but with much more reverence.

In France, Christmas Eve get-togethers are known as Reveillon and families will gather for a hearty meal after attending church and desert is often a chocolate log cake called Buche de Noel.
Santa/Father Christmas is known as Pere Noel in France and Joyeux Noel is the traditional festive greeting.

Switzerland shares many traditions with neighbouring Italy, Germany and Austria so you may receive presents on a few occasions – Saint Nicholas’ Day on 6 December,25 December from Father Christmas and then again on the feast of Epiphany on 6 January from the three kings or the Befana – depending on which region you are in. Sounds good to us!

Bring a predominantly Catholic country, Malta’s Christmas traditions are observed very deeply. The Nativity plays a big part in the Christmas decorations around the island in family homes. The figure of baby Jesus is put in the crib at midnight on Christmas Eve and traditionally, the three kings are added on Epiphany.

Many Spaniards enjoy Christmas dinner on 24 December before heading to Midnight Mass. Epiphany is also a key day of celebrations and observance in Spain as the journey of the three kings to visit baby Jesus is remembered and honoured in Fiesta de los Tres Reyes Magos. Symbolically, children leave food and drink out for each of the three kings, usually Cognac, walnuts and satsumas or oranges.

The nativity features in Portugal’s traditions too and before going to church. Parents place the baby Jesus in the manger and when the family return from Mass, this is the green light to open your presents. Families also set extra places at the table for deceased relatives on Christmas day. This ritual is thought to being good luck.

This is a Christmas Eve tradition we find quite lovely. It is the giving of books as gifts and spending the evening reading and eating chocolate. Nice!

Christmas isn’t a religious holiday in Japan but apparently, they have a fun and unusual tradition of paying a visit to fast-food chain KFC!

Christmas in Australia is completely different from many other countries at this time of year. The festive season falls during Australian summertime which means swapping a turkey dinner with a sizzling BBQ!

Have you got any special holiday traditions? Why not share them with us and update your profile over the holidays…we’d love to hear all about your Christmas travels.