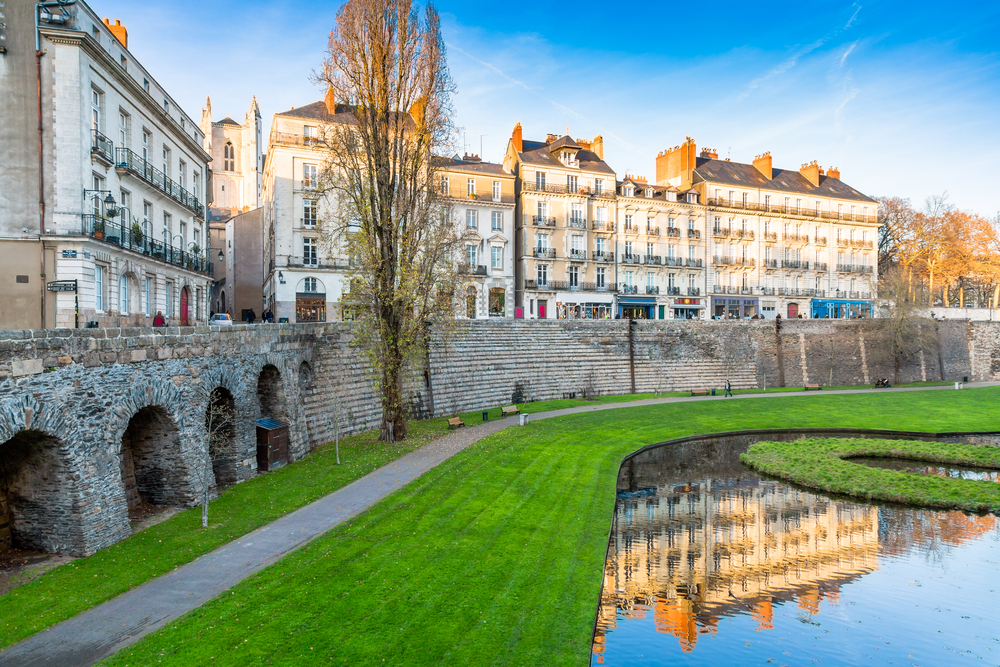 Last week I fell absolutely head over heels in love with the sixth largest city in France; Nantes.

One of the main reasons for this outpouring of love for Nantes is the incredible amount of contemporary art projects taking place within the city. Art is everywhere.

Why? Well, although Nantes has some stunning traditional architecture such as the Château des ducs de Bretagne, the Passage Pommeraye shopping arcade, imposing Gothic cathedral and extravagant residences of île Feydeau it doesn’t have that one monument or building that defines it. Whilst Gaudi’s Sagrada Famillia immediately makes you think of Barcelona and the Eiffel Tower is instantly recognisable as the symbol of Paris, it is in this aspect that Nantes is lacking. Residents, designers, artists all recognised this, and Le Voyage à Nantes was born.

Instead of having one building, statue or monument to symbolise the city, they thought why not have a whole host of exciting and thought provoking art installations.

Le Voyage à Nantes will officially take place this summer from the 15th June-19th August, although many of its fascinating installations are already in place. When the project is completed there will be installations in 35 cultural spots along a 5 mile long urban trail combining the more traditional works of architecture with more modern and contemporary pieces. When you combine this with the Estuaire project which is placing installations along a trail between Nantes and Saint-Nazaire, it means art is absolutely everywhere.

Among the works are a set of 18 rings which line the banks of the Loire River. The rings are such a simple installation, yet add another dimension to this area. At first I’ll admit I was a bit like ‘what’s the big deal, they’re just rings?’ but when I thought more about it, and got up close to them I started to really understand. When you look through the rings, it’s as if you’re seeing the city within a frame, and looking through different rings gives you a different picture of the city each time. They are also alternately lit at night in red, blue and green.

Another interesting installation is Nymphéa- a video projection of a woman’s face on the surface of a canal within the city. The woman moves, blows bubbles, blinks, and all the while her hair is moving, as if being pushed by the water. My pictures of it aren’t very good but let’s just say she’s pretty otherworldly, and if you didn’t know it was there and stumbled upon it after a few drinks, you’d be seriously freaked out.

All the works of art, (and there are way too many for me to talk about them all individually, but there’s more pictures at the bottom of this post) combine to give the city a fresh, contemporary and utterly inviting feel. Everywhere you go modern art effortlessly combines with traditional architecture in a way that not many cities I’ve visited have been able to pull off. I’m desperate to return to Nantes once the projects are complete to see what other intriguing installations the talented artists come up with.

One of the Unique Bedrooms within Le Chateau de P