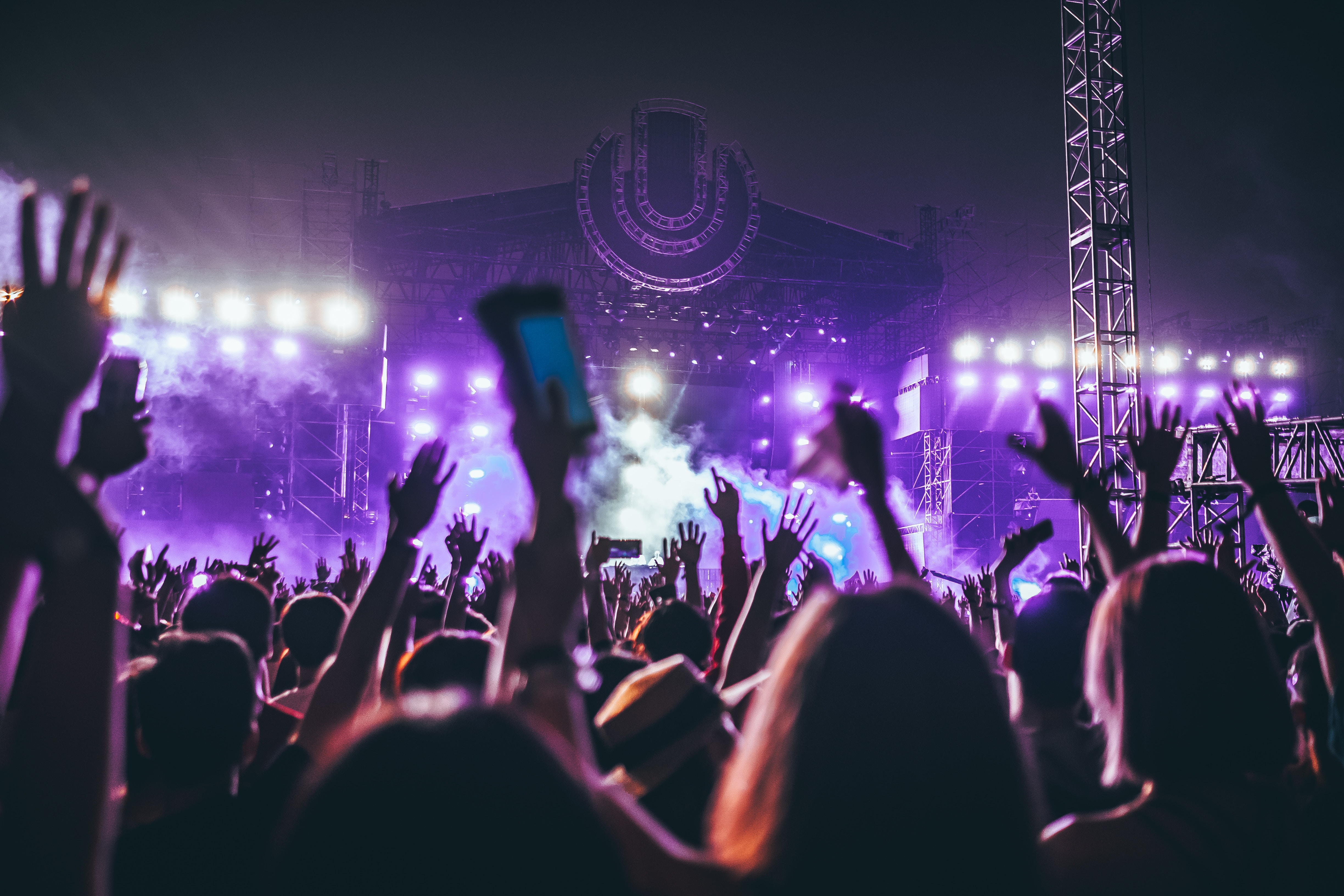 The Best of British Music Festivals

Music festivals have almost become as much of British summertime as a trip to the seaside with our buckets and spades, donning our bathing costumes, only for these events, you’re more likely to catch us in wellies and flowery headbands – the outfit of choice for many a music fan (well, for the ladies at least!)

Despite the uncertainty and unpredictability of British weather, music promoters are not remotely phased by this and music festivals are plentiful across the country in the summer months. Millions of us flock to them year after year in a bid to shake off the winter blues and let our hair down along with like-minded folks who want to have a good time. It’s also a great way of seeing multiple bands and artists as the line –ups usually involve a number of acts on the bill and often a combination of genres from the super cool to sometimes the downright cheesy. There seems to be an unwritten law that festivals rules apply and a variety mix up of entertainment is what you can expect for the price of your ticket.

Festivals have also become popular among families that want to introduce their kids to the joys of live music in a fun, safe environment, although some settings are probably more suitable than others and parents should research the individual festivals’ line ups and facilities available before booking.

This week, we take a look at just some of the biggest and best festivals on our shores for 2017 and where you can book tickets for them.

First up, in June, the perfect outing for all you rockers out there. Download Festival at Donington Park takes place in from 9-11 June and on the bill are bands such as Biffy Clyro and Aerosmith. Check out the full line up.

Later in June, we see the return of one of the most famous music festivals in the country which is visited by music fans all over the world. Glastonbury Festival has almost got cult status and is often seen as a rite of passage for revellers (if it rains) to roll around in mud and experience some al fresco fun within the festival campsite. The complete line up has yet to be confirmed by the organisers but Radiohead and Foo Fighters are on the bill and there are strong rumours that Ed Sheeran and Steps will be joining them. There’s always a fabulous array of bands and artists at Glastonbury. Who can forget the wonderful Dolly Parton’s performance in 2014 or ELO in 2016 who dazzled the crowds with hit after hit from their back catalogue. There’s probably too many magic moments to list but those two certainly stick in our mind. Keep an eye out for who will be gracing the stages this year.

Another summer favourite is the Isle of Wight Festival which also takes place in June and they’ve really got a colourful line up for 2017. Wowing the crowds will the likes of Rod Stewart, David Guetta, George Ezra, Texas and Alison Moyet. Told you festival rules apply! What a fabulous mix of great music for what will be another summer smash hit. Full line up and tickets details here.

Moving north to Scotland, there’s some great festivals teed up for the summer, with some of the biggest names in pop set to rock the place. Probably what makes a festival in Scotland so special are the settings. Some of them are in historical and beautiful locations which can only add to the atmosphere of these lavish events. Belladrum Tartan Heart Festival takes place at Belladrum Estate near Inverness in the Scottish Highlands and this year’s line-up includes KT Tunstall and Franz Ferdinand.

In the absence of T in The Park this year, the organisers have created a worthy replacement called TRNSMT Festival which will take place in Glasgow Green over the weekend 7-9 July. You can check out the full line here.

Speaking of beautiful settings, the award-winning McEwan’s Party at The Palace is set to spread a little cheer across West Lothian in August. Now in its fourth year, this family friendly festival just seems to grow and grow and it’s little wonder it was voted Best Outdoor Festival in 2016. The festival has seen the likes of Simple Minds, Deacon Blue, Nile Rodgers, The Proclaimers and Billy Ocean play to enthusiastic crowds since it began back in 2014. This year, you can catch another impressive line up across the two-day spectacular with the Kaiser Chiefs, Amy MacDonald, Lightning Seeds, Bjorn Again and 80s favourites, Hipsway, plus many more, set to get the crowds dancing in the shadow of the majestic Linlithgow Palace, the birthplace of Mary, Queen of Scots. Full line up and ticket details here.

And then, just when you think it’s time to pack the flowery headbands away for another year, up pops one more show to bring the curtain down on the summer season. Midstock Festival at the stunning Dalkeith Country Park, Midlothian has another fun-filled day in store. Have a look at some of the great bands you can see in another beautiful Scottish setting in September.

So, if you’re looking for some inspiration then check out any one of these cool, summer festivals and don’t forget we can help you make the most of your visit by connecting you to other festival go-ers and help find you the best deals and prices on travel and accommodation. Come and take a look our social network for super travellers and don’t forget to post all your lovely summery pics too.