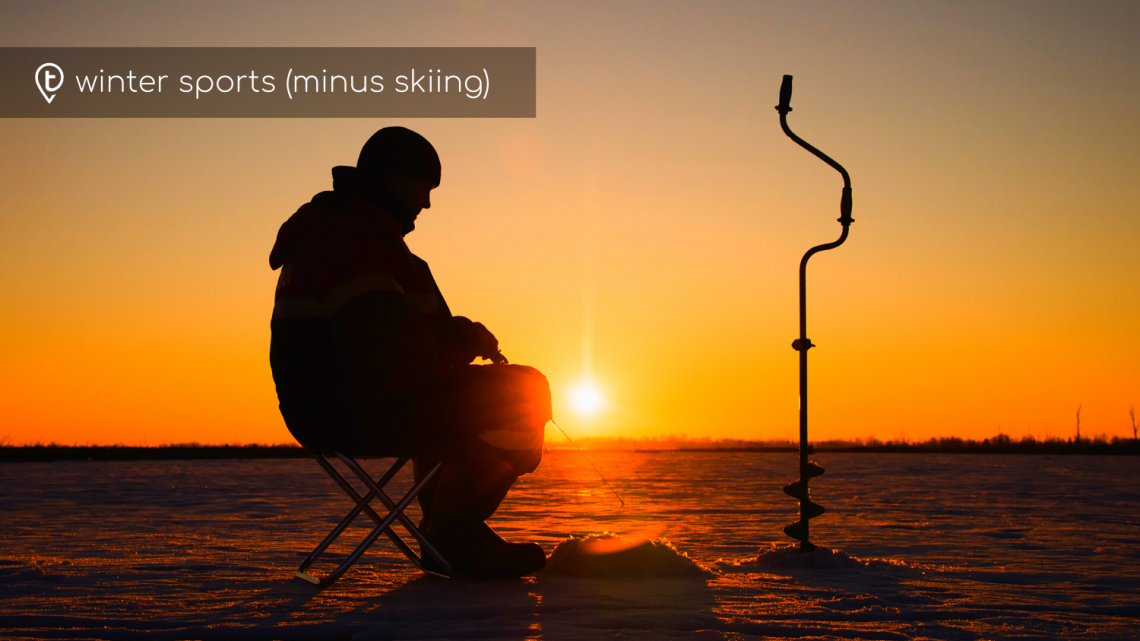 If someone said “snowsports” skiing or snowboarding is probably what would come to mind, and they are great sports! But, there are so many other exhilarating and exciting snowsports out there to explore. Take some inspiration from these suggestions such as lake skating, bobsleigh or snowmobiling!

You might have been ice-skating at an indoor rink or a Christmas market but have you ever skated over a frozen lake? Obviously, you have to be sure you’re not going to fall through at any point! So make sure that you’re certain the ice is thick enough to skate but once you know that you’re free to glide along the lake at your own pace! It’s one of the most liberating feelings so take your pals for a trip if you know a frozen lake nearby!

If you’ve seen the film ‘Cool Runnings’ then you’ll already want to give bobsleighing a shot, if a group of Jamaican boys can do it it doesn’t matter where in the world you are! Hopping in a bobsleigh without training is not recommended, however with a bit of guidance you’ll get the rush of your life gliding down the tracks. Speeds reach up to around 80mph but even if you do have the guts for that don’t expect to reach this speed on your first try!

Whether trying to reach the peak of a mountain you’ve been dreaming about for years or just to climb a frozen waterfall for laughs – ice climbing is your friend. Alpine ice is what mountain ice is known as and water ice is the likes of frozen waterfalls and is slightly more technical. If you’d like to set yourself a winter themed challenge if you’re travelling somewhere cold, ice climbing is the perfect thing to try! Visit your local climbing centre to get started!

Not for the faint-hearted. Known for its fast pace, you really have to be on the ball to compete in a game of ice hockey and you can’t visit Canada without either watching a game or trying it yourself! Ice hockey is also a popular sport in Scandinavia and Central and Eastern Europe, so if you’re keen to try it you have plenty of options for ice hockey heartlands.

Snowy mountains are always beautiful but they aren’t always accessible or at least not easily. Snowmobiles help you go places you could never imagine! Picture ascending an Alaskan mountain or coasting through the snowy Norwegian forest being able to take in the scenery to the max! It’s a daily transport for many people so don’t think you can’t go to cold, isolated places for a holiday when you have such a useful device as the snowmobile!

There are other types of skiing you can do too! Cross-country skiing can be a great way to feel in touch with nature and away from the bustle of the slopes. Specific skis allow you to hike uphill and ski right back down!