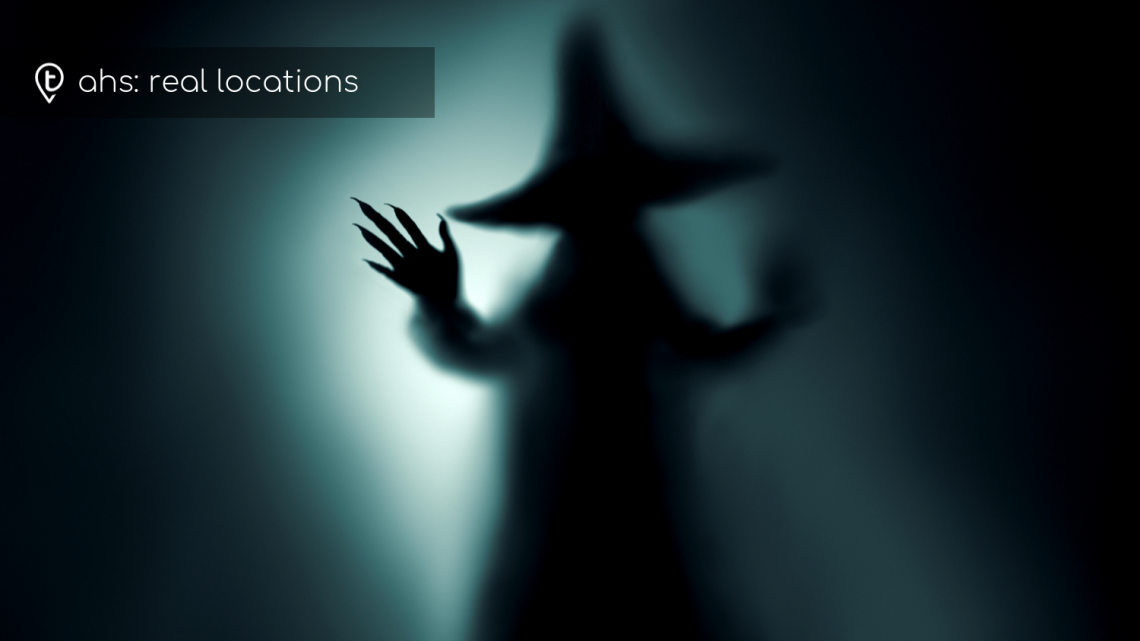 Whether you’re looking to pay homage to some of the shows best seasons, simply want to check out featured locations or discover the inspirations behind your favourite storylines, here at tripsology we have you covered…

So, if you’re a stan of the Netflix classic, here are some AHS destinations you can check out irl! We got you.

The exteriors of season one’s ‘Murder House’ is the Rosenheim Mansion in Los Angeles, California.

Built-in 1902 by German American architect Alfred Rosenheim, you and 16 friends used to be able to stay here for a night for only $1450… but unfortunately, now you’ll have to settle for taking an Instagram picture outside.

Rosenheim’s mansion has been featured in numerous TV and film productions, including ‘Alfred Hitchcock presents’, ‘Buffy the Vampire Slayer’, ‘Bones’ and ‘Law and Order’, thus is well worth checking out!

With the exteriors filmed far from ‘Asylum’s New England setting, this historic Californian landmark is worth the visit and is a popular spot for wedding photos- talk about a juxtaposition!

If you’re on the East Coast and fancy visiting some of the asylum’s used as inspiration for season two, then check out the abandoned Danvers State Hospital in Massachusetts and New York’s Willowbrook State School.

The LaLaurie Mansion is a popular tourist destination in New Orleans, LA and due to its dark past is featured in the majority of ghost tours. Although this destination was not used for filming, Kathy Bate’s character was based on the owner Delphine LaLaurie who tortured and murdered her slaves.

During an 1834 fire at the property, firefighters discovered the corpses of many imprisoned slaves. Madame LaLaurie disappeared after the incident and was never seen again. It is worth checking out this popular spooky tourist spot!

Despite the LaLaurie mansion being an accessible spot, exterior’s of ‘Coven’s featured mansion were actually the Gallier House also located in the French Quarter. The Gallier House was built in 1857 by architect James Gallier Jr and is now a museum showcasing historical items from the 1800s.

This three-storey plantation style home was used as the exterior for ‘Miss Robichaux’s Academy for Exceptional Young Ladies’ in season three.

With Airbnb rentals situated nearby this allegedly haunted mansion, be prepared for a night of thrills if you decide to visit!

The majority of season four was filmed at sets designed for the show however that does not mean you can’t pay homage to some of ‘Freak Show’s best. Longue Vue House and Gardens, similarly located in New Orleans, is the home of season four’s councillor witch Myrtle Snow.

Whether you want to search the grounds for killer clowns or head to Camellia Grill to see the diner where many of the ‘freaks’ ate, this New Orleans landmark is well worth a visit!

Cecil Hotel inspired season five’s ‘Hotel Cortez’ and with its dark and disturbing past, it’s no wonder why. Serial Killer Richard Ramirez stayed in the Cecil whilst killing innocent women.

Now a city landmark, you can stay here however it is not advised- the trip advisor reviews are terrible!

The James Oviatt Building featured as the exterior and interior lobby shots of Hotel Cortez. This building, now a restaurant and nightclub, is supposedly haunted by Oviatt with many claiming that they can occasionally smell his cigar smoke. Creepy…

Fort Raleigh National Historic Site preserves the location of the Roanoke colony featured in AHS’s season six. The majority of season six filming took place in an ‘undisclosed forest in Santa Clarita’ and an entire house was constructed for the show.

Despite the scenes from season six not being featured here, Raleigh, located in Dare County, North Carolina is an important historic site therefore well worth the visit. Maybe you’ll solve the mystery of this famous lost colony?

Located in the quaint neighbourhood of Old Town Orange in Orange, California you can find Season Seven’s ‘The Butchery on Main’ owned by protagonists Ally and Ivy Mayfair-Richards.

Located only four miles southeast of Disneyland, it’s a great pit stop if you’re on the way to the ‘happiest place on earth’.

‘Apocolypse’ recycled a lot of past locations and built specific sets, however, that does not mean you can’t pay homage to AHS’s latest. Alana’s Coffee Roasters featured in the season finale, is an LA coffee house located on Venice Boulevard- order a flat white and contemplate the end of the world.

What is your favourite season of American Horror Story? Will you check out it’s filming locations?