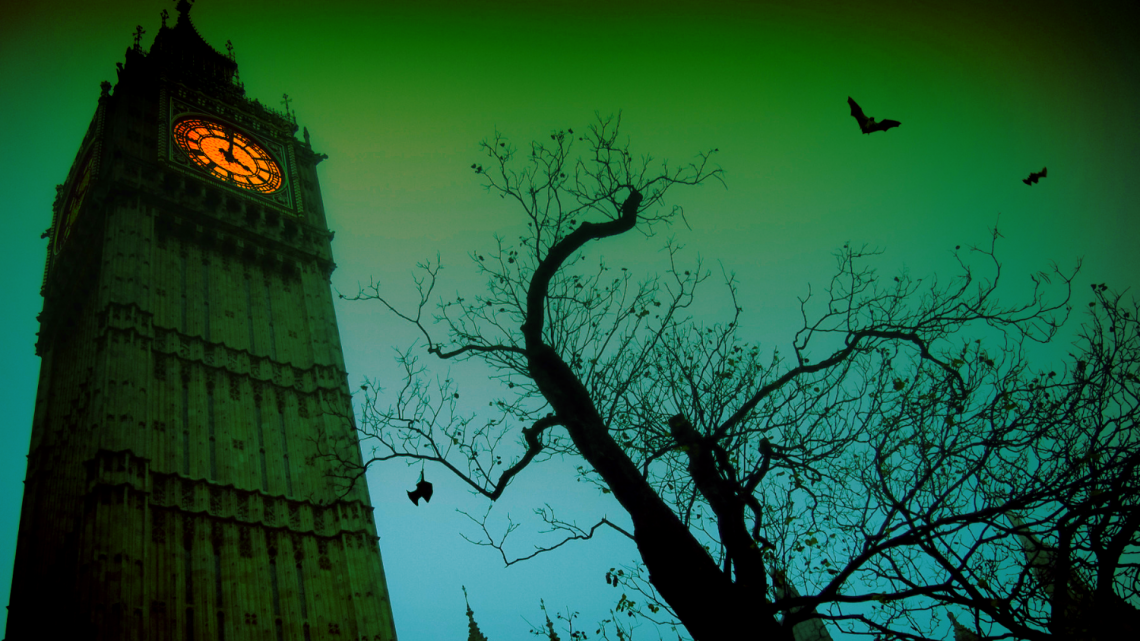 The Dark Heart of London

Are you brave enough to visit some of the city’s creepiest attractions?

It may be one of the glitziest capital cities in the world that’s renowned for its vibrant cultural scene, historic architecture, world-class shopping and royal palaces but have you ever wondered about what lies behind its flashy facade?

London’s streets have seen many a villain pass through them. It has also witnessed some proper grisly scenes. Fires, plagues, murders and executions; events that have shaped the city’s history and these spine-tingling stories are still told today.

The Tower of London

The Tower of London’s history is a fascinating one but also likely to creep you out a little as well – I suppose that’s the whole point of this exercise.

Standing guard over the city for centuries, the Tower was originally built by William the Conqueror. Since then it has been a Royal Palace, a fortress, a prison and an execution site. It’s fair to say it has seen plenty of death and torture.  Many people were beheaded or hung, drawn and quartered here and one of the most famous victims being Anne Boleyn, second wife of King Henry VIII who was put to death in this place.

Today the tower houses the Crown Jewels – no doubt adding a bit of much needed sparkle to a place with such a dark, blood-soaked history.

Visitors have often reported seeing ghostly apparitions and hearing voices coming from the walls and according to folklore, Boleyn’s ghost still haunts the tower, roaming the corridors and gardens with her severed head tucked under her arm. How terrifying for anyone coming face to face with that spectre!

Ok, so this attraction is not actually haunted but what a brilliant, fun and thrilling experience this place is. I was dragged into it by my son a few years ago and believe me, I was still trying to make good my escape as we got to the entrance. I’m glad I did it as the actors who portray some of the villainous and shifty characters were worth the ticket price alone. I had to be guided past a certain area that I couldn’t dare to look at and I’m not telling you what that was – tell nobody your fears! Anyway, we came face to face with the likes of Guy Fawkes and Sweeney Todd as we journeyed through London’s murky past which culminated in the heart-stopping Drop Dead ride. It’s really good value for money and an ideal way to spend a rainy afternoon.

As you’d expect The London Dungeon is very popular in October, especially towards the end of the month so if you’re planning a big Hallowe’en day out here, be sure to book in advance. Ticket info here

Themed walking tours are very popular in London. On this one you can retrace the steps of one of the most terrifyingly violent killers the city has ever known. Jack the Ripper sent shockwaves into London’s East End during his reign of terror when he butchered his victims in the most gruesome and horrific way.

Can you stomach it?  Book your tickets here

One of London’s many bridges, London Bridge has a particularly murky past. Voted the UK’s scariest attraction, this one is a real heart stopper. As well as being recognised as one of London’s top attractions, it’s supposedly one of the most haunted. For real!

Led by “Master of the macabre”, Richard Jones, author of best-selling books on the paranormal. This guy knows his stuff and reviews have said this is one of the most authentic experiences of Old London, sure to give you chills, every step of the way. His tours take you through some of London’s graveyards, alleyways and creepy back streets.

If you prefer to keep on the move, you could join one of the Ghost Bus Tours. These rides last approximately 1 hour 15minutes and take in some of the key landmarks such as The Houses of Parliament, London Bridge, Tower Bridge, The Tower of London and St Pauls Cathedral. Along the way, you can hear fascinating commentary on the haunted history of these prominent buildings

Hop on board the Necrobus if you dare! Billed as the UK’s only comedy/horror theatre experience on wheels, it’s supposed to be an absolute hoot so perhaps if you’re not brave enough for those other scare fests, this might be a less chilling alternative and you might get a giggle along the way. I say might. It could be really scary. You decide.

After all those thrills and spills, you might need a stiff drink. If you’re not already scared out of your wits, you could continue your trail of terror and stop off in one of London’s most haunted pubs.

The Ten Bells has a long association with eerie goings-on. Folk have reported unexplained gusts of wind and objects moving around by themselves. Coincidentally, one of Jack the Ripper’s victims, Annie Chapman met with her death after a night out in here and her ghost is said to haunt the pub to this day.

The Spaniards Inn is also rumoured to be frequented by a ghost. Allegedly the restless spirit of a highway robber, Dick Turpin lurks in this north London boozer. Will you spot more than Gin and Whisky behind the bar?

The Rising Sun close to St Bartholomew’s hospital was thought to be the watering hole of choice for body-snatchers. These bloodthirsty scoundrels would spike people’s drinks then murder them, selling their corpses to the hospital for medical research.  Chilling stuff. Doubles all round?

So, there you have it; London in all its glory – or should I say gory.

It’s been said that ghosts only visit places that have seen extreme misery or great happiness. London has certainly had its fair share of both.