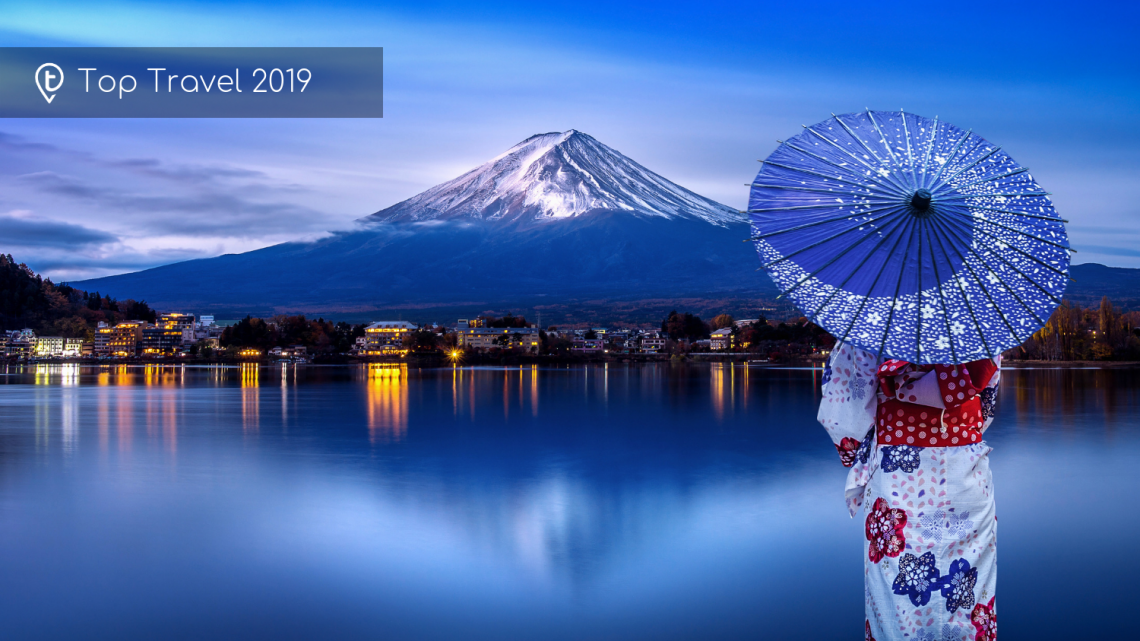 If your wanderlust has been been ignited on the run up to summer, here’s a list of several up-and-coming travel destinations to choose from. 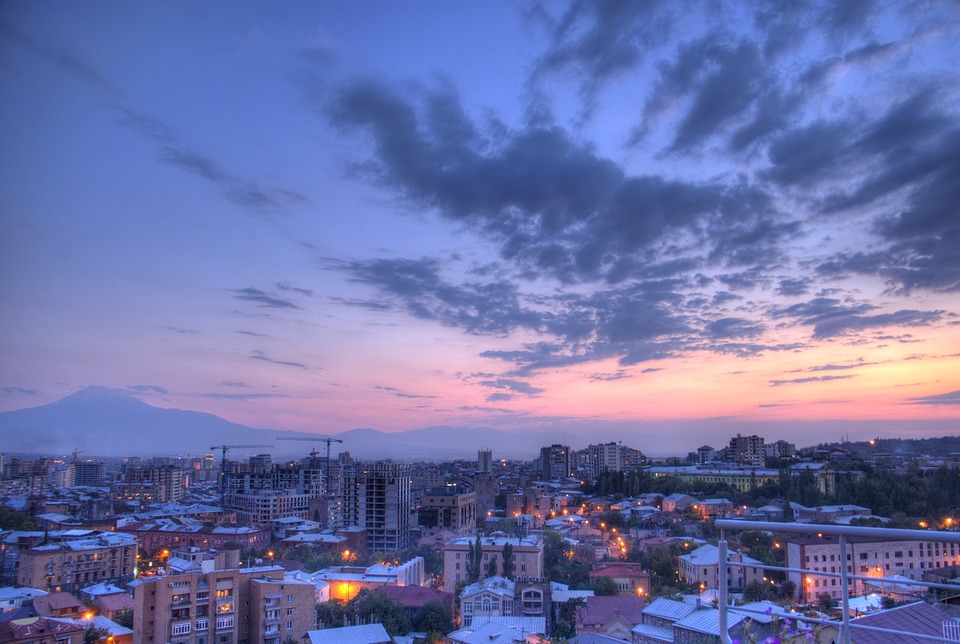 One of the best things to do during your time here is to drink some world-famous Armenian coffee. After crushing Armenian coffee beans, the locals will heat it in a special narrow topped coffee pot until it begins to rise and foam. Thick residue at the top is just the way the Armenians like it. Some local ladies also believe that they can tell the future by examining the coffee stains left behind on the inner part of the cup.

There’s also plenty of wine on offer. Armenia is one of the oldest wine-producing countries in the world because of its location on the fertile valleys of Mount Ararat where high quality grapes are able to grow. As well as tasting the traditional red wine, there’s also more fruity and contemporary drinks to choose from. You can pair your drinks with some of the delicious local cuisine such as Morash, shredded chicken with green peas, Kyufta or handmade sausage beef, gains and sauteed mushrooms. Armenian bread, Lavash, is a thin layer of flat chewy bread which is made from flour, salt and water and baked in an underground earth oven called a Tonir – it can be kept for up to a year without going bad.

Other than savouring the local cuisine, Armenia is also home to some ancient ruins such as the world’s last remains Pagan Church. However there is also plenty of modern architecture, cultural centres in museum in Yerevan, the country’s ‘pink city’ if you prefer. Armenia has just voted in a new, more liberal government which is open to welcoming in visitors so now is the time to discover the true Armenia before it becomes a mass tourism destination. 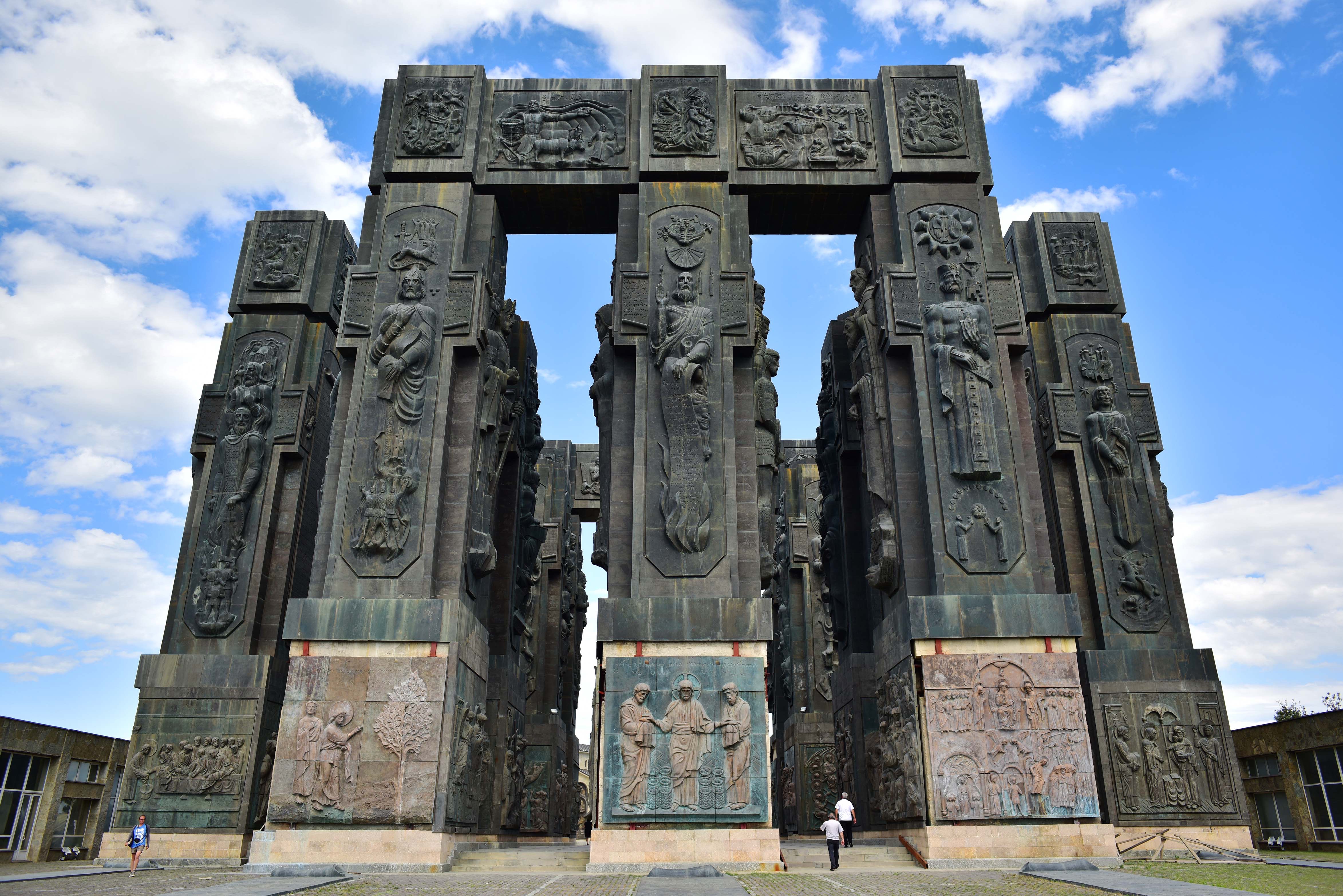 The Chronicle of Georgia, Georgia

The former Soviet state of Georgia is this year’s emerging European hotspot. The country has really found its own recently with new hotels and cultural spots popping up throughout the capital of Tbilisi. Although new restaurants, clubs and bars are popping up more and more frequently, Georgia is still steeped in history. The country is home to ancient winemaking rituals from the eastern Kakheti region after which the wine is sold in the underground shops of the capital.

Outside of Tbilisi, you could climb or ski the Causcaus Mountains or visit the beautiful ancient monasteries and churches which appear in every town or visit the history monuments which play a key role in Georgia‘s identity such as the Chronicle of Georgia and the aptly named Georgia-Russia Friendship Monument. Georgia is known for its hospitality so you know you can’t go wrong visiting this Eastern European gem before it inevitably explodes in popularity. 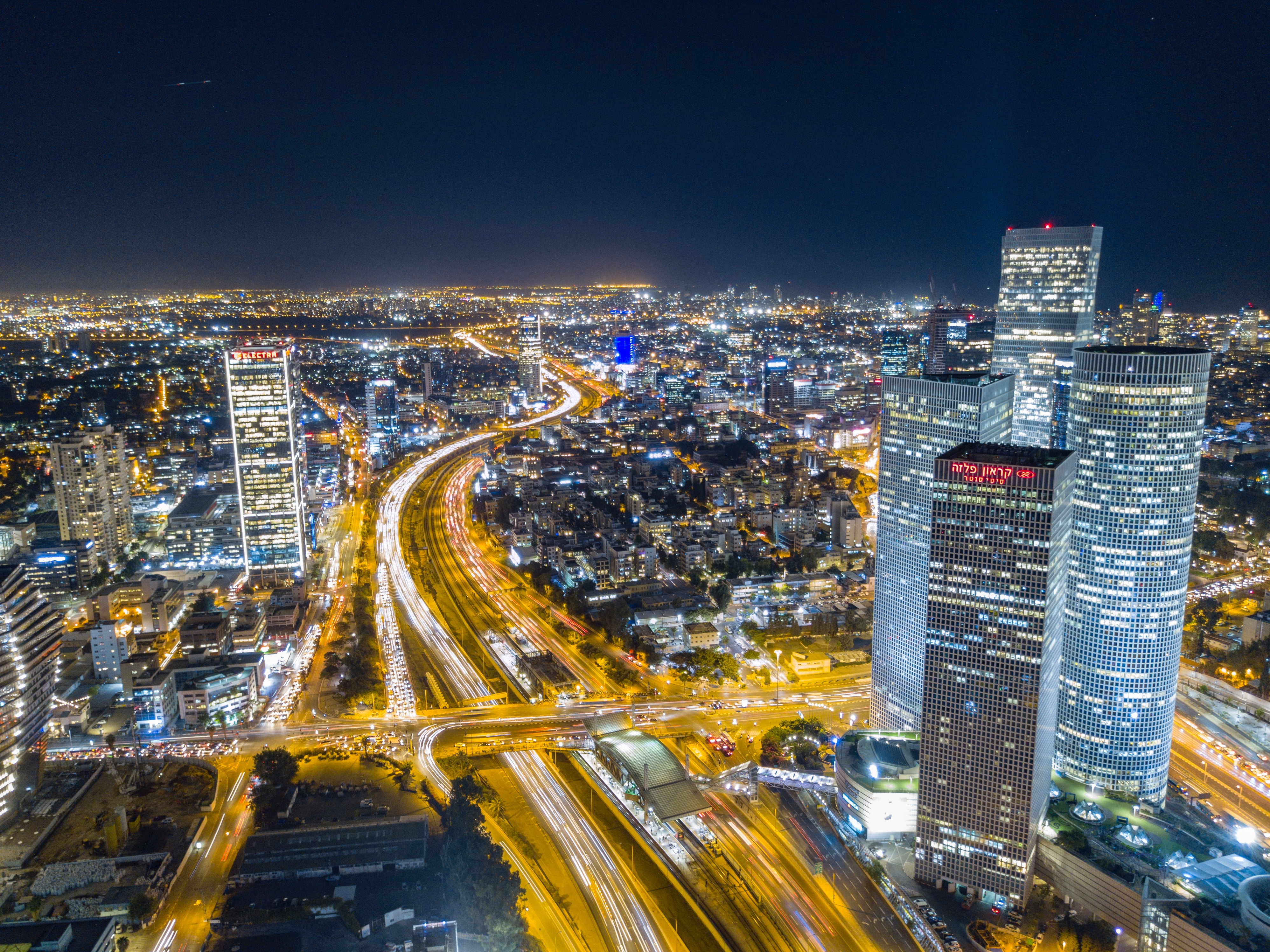 An often overlooked Eastern Mediterranean country, Israel is upping its tourism market with brand new airports, trains and hotels set to open up this year. Israel is home to many underappreciated beaches with the Med coastline running for 170 miles. The buzzing city of Tel Aviv has its own six-mile beach popular with locals who cycle and stroll along the promenade with sunbathers and surfers in the background. However there are calmer spots to the north of the country.

Tel Aviv has also been dubbed the “Big Orange” because of its party lifestyle resembling that of New York. The city’s party scene is huge with some of the most unique and sophisticated bars in the world. To go along with this lifestyle, Tel Aviv is now home to some of the coolest designed hotels you have ever seen with futuristic features in stylish settings. However if you need a break from the partying, Israel has its own version of The Hamptons called Nahariya, the northernmost capital city which locals often holiday in, many of whom have beach houses in the area. 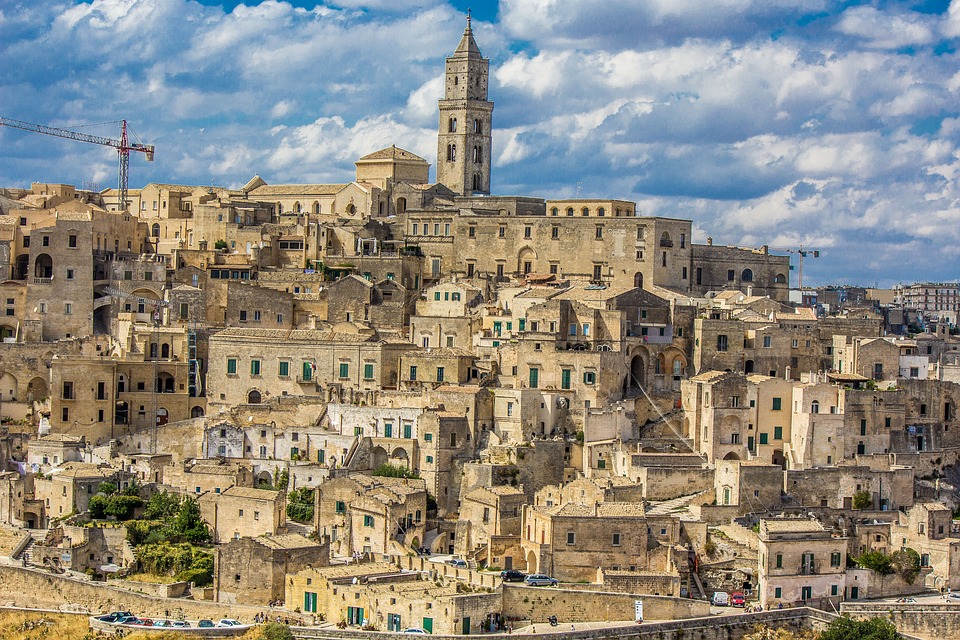 Whilst many of Italy‘s grand cities such as Rome, Venice and Milan have long been on the tourist radar, Matera has become a new favourite. The pre-historic looking city is built into the rock of a ravine and is as remote as it sounds and its resemblance with Jerusalem has meant that it has appeared in various films including The Passion of the Christ, the crucifix for which remains on the hillside. Located in Basilicata, the UNESCO World Heritage city is also 2019’s European Capital of Culture (alongside Plodiv, Bulgaria).

The most popular attraction is the complex of Stassi, a network of cave dwellings which some 15,000 people and their livestock were forced to live in until the middle of the 20th century. More recently, the caves of Stassi are being converted into hotels, restaurants and galleries to be attract tourists to the area. A unique and atmospheric city, Matera is likely to become another tourist hotspot this year. 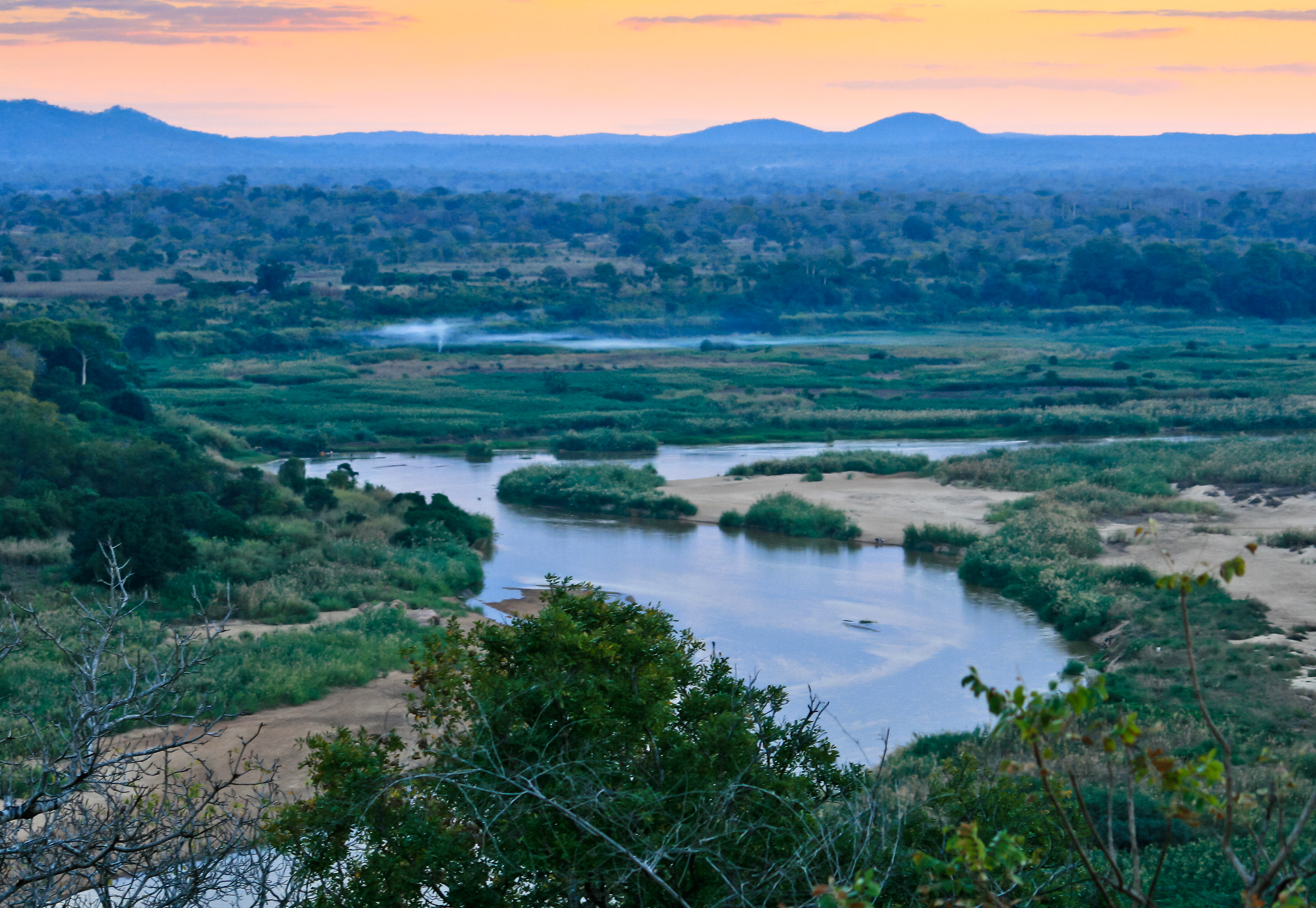 Mozambique may have most recently been on the new for being affected by the devastating Cyclone Idai which has killed over 750 people across Southern Africa. Relief efforts are ongoing in the country and desperately needs contributions to the local economy which can be given from both charity and tourism.

In fact, this coastal African gem is too often overlooked when considering travel destinations. Multiple beaches, exotic wildlife and an abundance of culture and history make Mozambique one of the top travel destinations for the upcoming year. With its vibrant nightlife and Portuguese influenced cuisine, a holiday to this country is certainly going to be a one-of-a-kind experience.

The country has recently signed an agreement with African Parks to ensure the preservation of the marine life on Mozambique’s shores. Conservation on the land has been a success story too following an investment by Greg Carr, the American philanthropist who resurrected the dying Gorongosa National Park which now shows off a variety of waterfalls, marshlands and crop of birds. 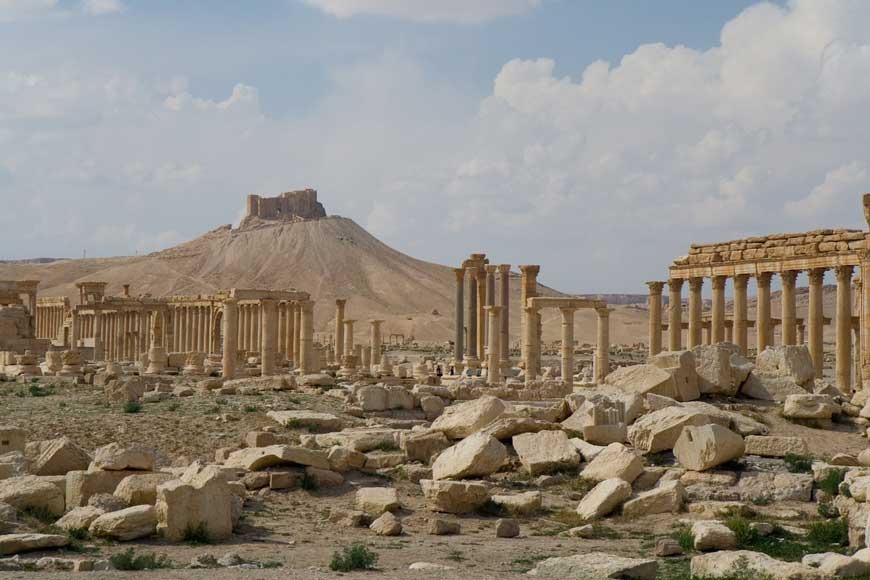 One of the lesser visited Middle Eastern paradises, Oman is currently pouring millions into tourist initiatives. This includes a $1.8 billion expansion to Muscat International Airport, the first phase of which is complete allowing even more flights into Oman. The country is home to a rich history, featuring an ancient fort and not one but four UNESCO world heritage sites. With a varied landscape of deserts, beaches and forests to explore, it truly is an underrated gem.

In the famous mountains in the areas of Jebel Akhdar and Jebel Shams, Oman’s Grant Canyon is a must-see with its 3000-meter-high mountains and vertical cliffs dropping over 1000 meters. If that’s too high for you then perhaps take a visit to the wadis or rock pools, such as Wadi Shab and Wadi Bani Khalid. Only ten minutes of cliff jumping can reveal beautiful turquoise waters like you’ve never seen before. 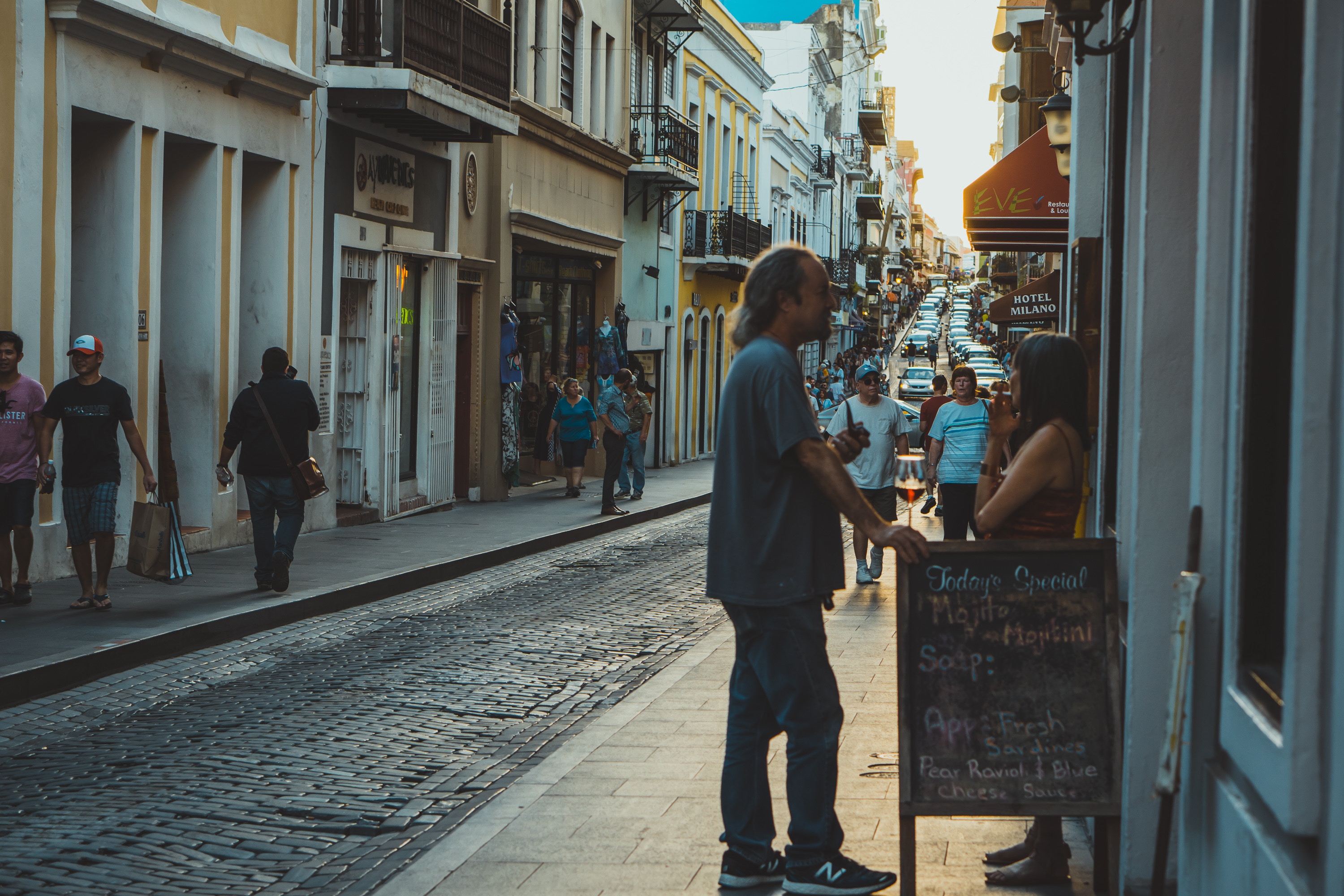 Puerto Rico has been recovering from the devastation of Hurricane Maria and plenty of hotels, restaurants and attractions are open for business. Tourism is one of the country’s main incomes with some 77,000 jobs depending on the sector so travelling the tropical island is a good way to help it get back on its feet. Home to a dynamic culture, rich heritage and diverse people, this is the perfect place to get away from it all.

For those who want to revel in the never-ending summer, there are plenty of golden, sandy beaches to choose from including the tropical paradise of Isla Verde Beach in Carolina. If you prefer admiring landscapes, then a trip to the El Yunque rainforest might be the one for you. There are organised trips from San Juan, some of which include dedicated nature walks. If walking isn’t your preferred method of transport, there’s plenty of opportunities to kayak in Bioluminescent (Bio) Bay. In case you prefer relaxing under the luxury of air conditioning, there’s plenty of shopping to be done and restaurants to choose from in Calle del Cristo in Old San Juan. 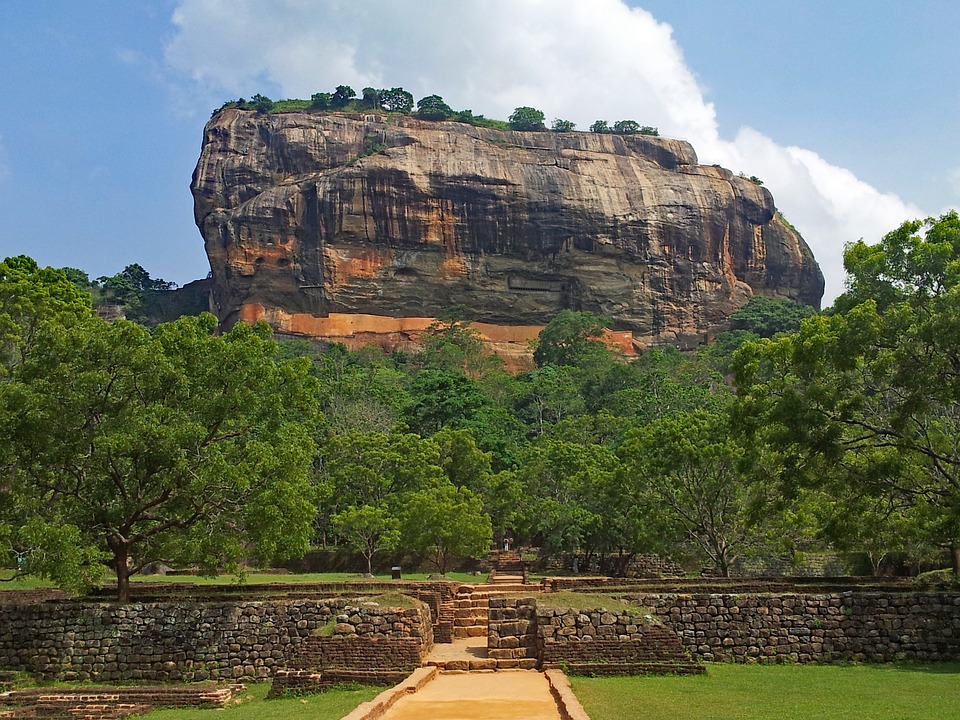 This equatorial country has been voted as Asia’s top emerging destination. A perfect mix of religion and cultures, exotic wildlife and rich history, Sri Lanka has plenty for tourists to do. Whether that be visiting the beautiful ancient temples or going on an immersive safari trip. Sri Lanka is also home to the UNESCO World Heritage Site of Anuradhapura which is considered to be sacred by Buddhists. Anuradhapura is the oldest continually lived-in city in the world and is most definitely worth a day trip.

The country is also ideal for those who love spending time outdoors. From getting involved with the country’s up-and-coming surf scene to snorkelling with sharks. You could also spend time climbing Sigriya, a rock-top fortress which dates back to the 5th century AD and is one of Sri Lanka’s seven World Heritage Sites. You may prefer waterfall trekking in Kitugula which provides a beautiful panorama of the waterfall and is one of the most scenic places to visit. Wake boarding, water skiing and white-water rafting are amongst other activities you can experience in Sri Lanka. 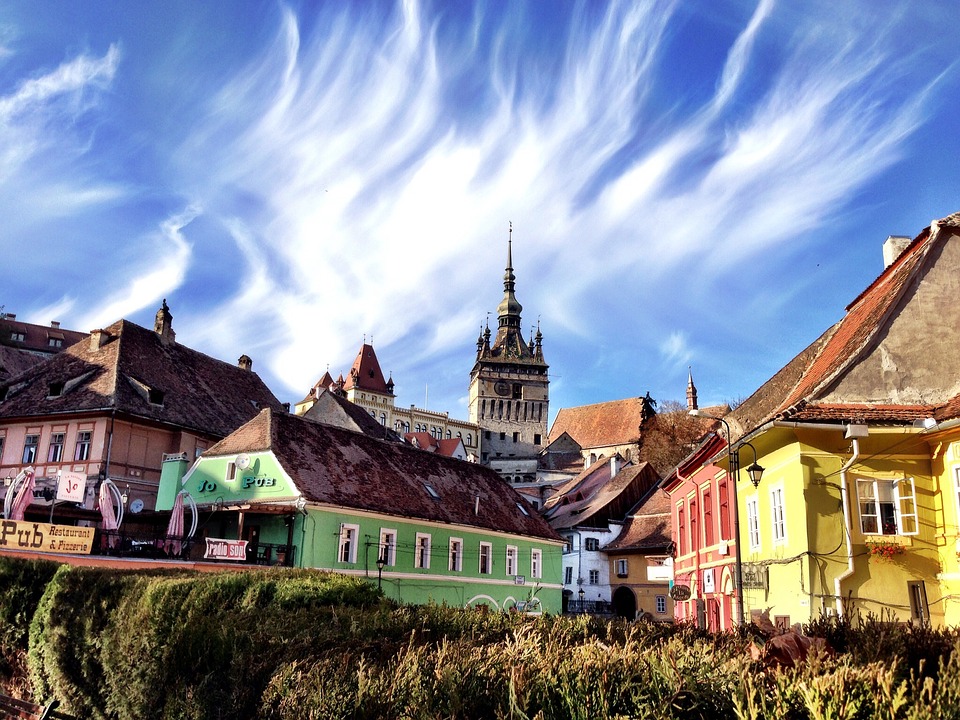 The region could be considered a land lost in time with its striking castles, charming cottages and horse-drawn sleigh rides. Visitors to Romania can experience a pre-mass commercialisation world with lower prices than most of mainland Europe. Tourists can take advantage of this rural region’s emerging wine industry, diverse landscapes and undiscovered heritage with its German, Hungarian and Italian influences.

There’s something for everyone in Transylvania. From sampling local dishes to going on walking tours of the UNESCO-listed medieval villages such as Viscri, Biertain or Sighisora which is also known for being Dracula’s birthplace. Or you may prefer to get up close and personal with the brown bears and wild boars in the region’s lush forests.

Uzbekistan might not be the first country which comes to mind as a holiday destination but it looks like that may be about to change soon. Under the new government, travel into the Central Asian country has become much simpler with relaxed entry requirements, easier access to currency and improved transport links.

The city of Samarkand, in particular, was considered to be one of the most prosperous stops on the silk road. The medieval architecture and monuments indicate that the ancient city has long been a hub of diverse cultures and have helped the city mark its place in the UNESCO World Cultural Heritage List. A clear example is the city’s Registan or Register Square – considered one of the most beautiful squares in the world – is covered in mosaics and adorned with gold and calligraphy. AirBnB reported that the country had over five times the number of bookings in October 2018 than the previous year. Sounds like Uzbekistan’s star is on the rise. 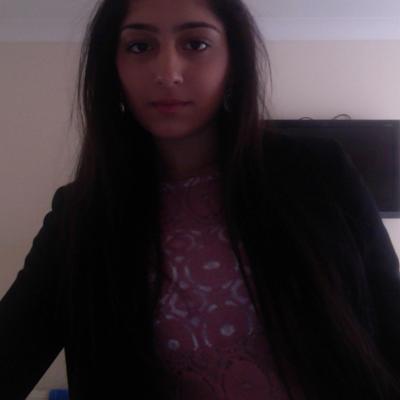 I am an English, Journalism and Creative Writing student and aspiring journalist who is full of wonder and wanderlust. I have been fortunate enough to experience some great destinations and I am currently working on ticking off the seven wonders of the world of which I have been to two of so far.

I am an English, Journalism and Creative Writing student and aspiring journalist who is full of wonder and wanderlust. I have been fortunate enough to experience some great destinations and I am currently working on ticking off the seven wonders of the world of which I have been to two of so far.