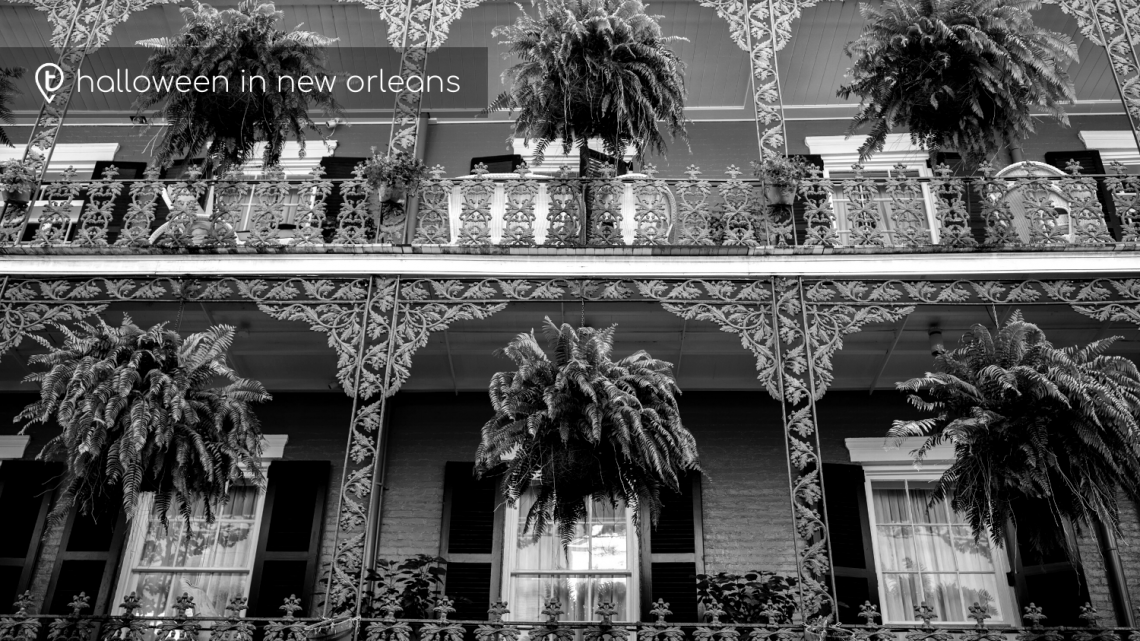 New Orleans has one Hell of a haunted history that’s bound to spook you out if you visit – at this time of year or any. With Voodoo, serial killers and epidemics, the city has had more than its fair share of horror and suffering – would you dare find out more?

Louisiana Voodoo is an amalgamation of many African, French and native cultures brought to Louisiana between 1719 and 1731 during the colonial period. Louisiana Voodoo is the reason you’ve heard of Voodoo Dolls – they were a result of rituals where creating charms or “gris-gris” would protect people or harm others. People would make dolls of a certain person and if they were to then push pins in them it would inflict physical harm. Voodoo Queens were powerful female practitioners of the religion who had a lot of power and respect in the community. One of which was Marie Laveau, a herbalist and occultist and apparently walked the streets as if she owned them.

If you’ve watched American Horror Story, you’ll know that Series 3: Coven was set in New Orleans and this is where you’ll see the Voodoo put in to play. In the series, Voodoo Queen Marie Laveau clashes with a certain Madame Delphine LaLaurie (socialite slash serial killer) who enslaved huge numbers of African Americans who she kept in her attic. It’s said that in the early 1800s she would keep her slaves in the most uncomfortable positions by pulling their limbs away from their body, torturing them by keeping them alive. This haunting image will be enough to convince you that the LaLaurie Mansion is haunted to this day – Nicolas Cage bought over the mansion in 2007 but quickly sold it on in 2008 saying he would never spend the night there.

Between 1817 and 1905 New Orleans suffered an awful Yellow Fever epidemic which resulted in thousands of deaths. The deadliest year was 1853 with over 7,800 people passing away in the city. It’s said that corpse wagons would travel through the city shouting “bring out your dead” as people were dying at such an alarming rate. As a result, the outskirts of the city are lined with mass graves which must haunt the area. Over 41,000 people died as a result of Yellow Fever in New Orleans, how many of those do you think still walk the streets?

Other things to do…

Crawloween at Audubon Butterfly Garden and Insectarium – This will have you on edge for sure. watch out for creepy crawlies and critters!

Frenchmen Street Party – A huge street party that goes on all night – be sure to dress up!

Voodoo Festival – get your freak on and enjoy the spooky vibes of this Voodoo festival!