It is known as ‘the oldest, largest, and best in the world’, the annual St. Patrick’s Day Parade paints New York City green in a haze of bagpipers and green outfits! The parade kicks off on 44th Street at 11am and is usually held on 17th March.

Around 12% of the USA’s population has Irish ancestry, making the scale of American celebrations on this day second only to those in Ireland itself. The parade in New York is an excellent time for curious travellers to explore The Big Apple, which will be buzzing with infectious energy as everyone becomes a little Irish for the day. Beware though…it is tradition for New Yorkers to pinch revelers who are not wearing green – a reminder that leprechauns are alleged to pinch those not decked out in green. So plan your outfit carefully if you want to avoid being covered in bruises by the end of the celebrations! 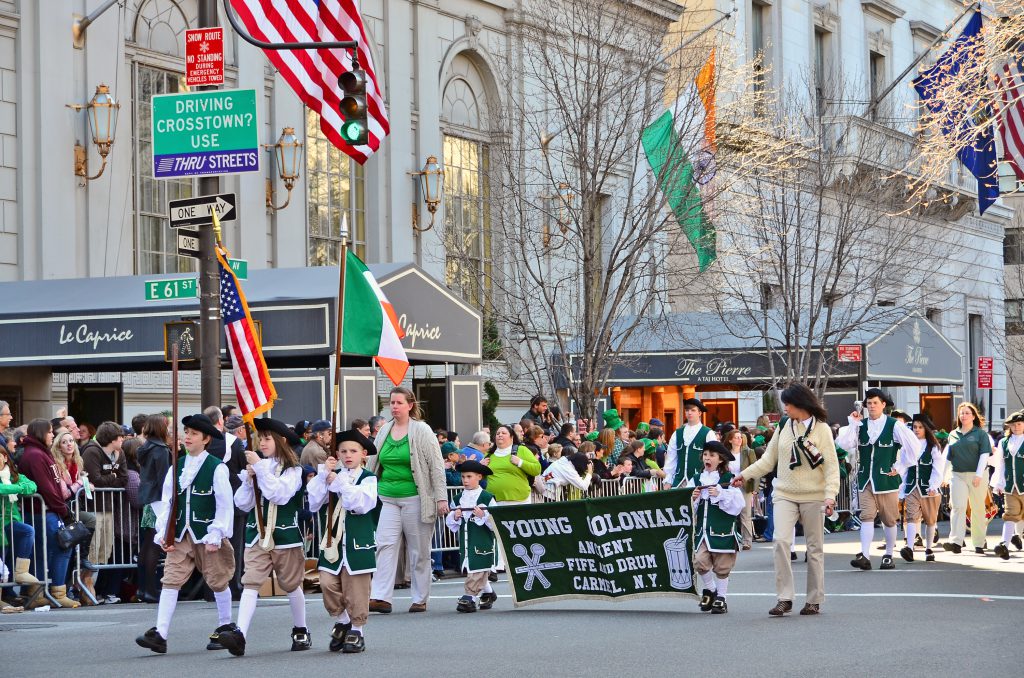 The parade marches up Fifth Avenue past St. Patrick’s Cathedral at 50th Street, then all the way up past the American Irish Historical Society at 83rd and the Metropolitan Museum of Art at 83rd Street to 86th Street. Wherever you choose to watch it, there will be plenty going on.

The Parade marched for the first time on March 17, 1762 – fourteen years before the Declaration of Independence was adopted. Not just about drinking gallons of Guinness and dressing up, the parade historically serves to honour of the Patron Saint of Ireland and the Archdiocese of New York, whilst celebrating Irish culture in New York.

New York freelance journalist David Lawson believes that the parade is embraced by New Yorkers because Americans want to connect with tradition and heritage and they want to feel a part of something older and greater than themselves. For others, it merely represents an excuse for some uninhibited merrymaking. Here at talkholiday, we’re up for a bit of both; a happy medium between celebration and reverence. We look forward to hearing your thoughts on New York’s St Patrick’s Day Parade once we launch – not long to go now! Development work has been making strides over the last week, and site features and details are now being fine-tuned (call us nit-pickers, but we want everything to be perfect for you guys when it is unveiled!). If you’ve not signed up yet, it is not too late to become a pioneering founding member.