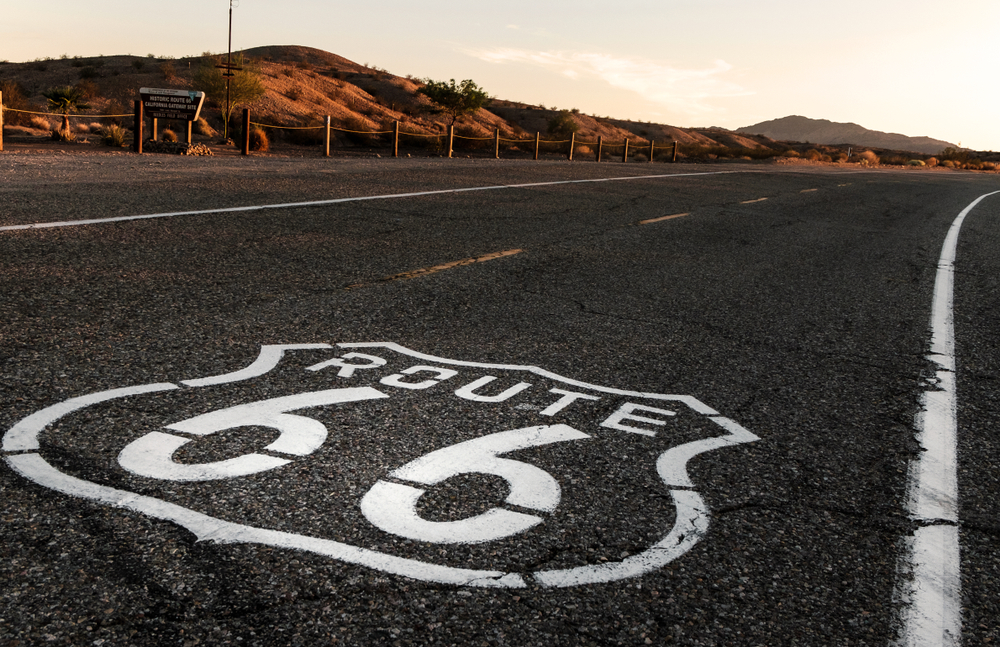 The iconic Route 66 first opened in 1926, and immediately captured the imagination of America, representing notions of freedom, migration West, The American Dream and the barren isolation of the American heartland.

Running for over two thousand miles between Chicago and Los Angeles, the old ‘Mother Road’ traverses a broad cross-section of American terrain, from the gritty streets of downtown Chicago and St. Louis, ‘Gateway to the West’, to the golden sands and glamour of Los Angeles and the majestic beauty of the Grand Canyon. It goes past such wonders as the Native American communities of the desert Southwest, and Santa Fe, a city defined by its Spanish colonial charm, overlooking the brooding Rocky Mountains.

tripsologists love to join the legions of dream-seekers embarking on a full-scale American road trip following the remnants of the original highway, which was decommissioned in the 1980s. Who’s up for it?! Perhaps not ideal for young families, tripsologists thinks this sort of trip would be well-suited to couples or groups of friends looking to make incredible memories. We’ve put together some tips to make sure you get the most out of your trip and outlined a basic day by day route plan for you guys. There is so much to see and do along the way, the key to success here is in the planning.

ON THE ROAD: TIPS

If you are looking for an unforgettable journey into the heart of America, a Route 66 road trip is the holiday for you. tripsologists can’t wait to hear all about it – send us a postcard!